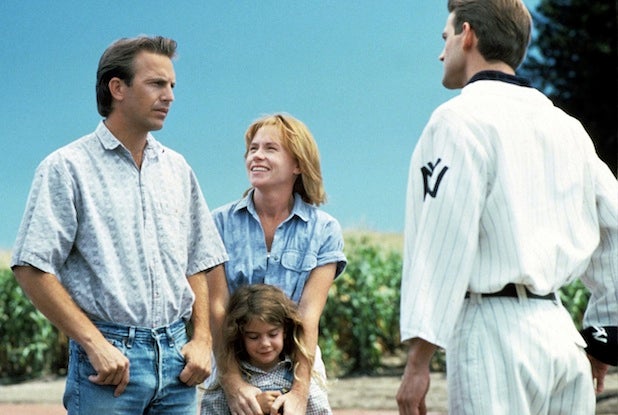 Last weekend I had the pleasure of attending the Inaugural La Costa Film Festival at the Omni La Costa Spa and Resort — a well-kept campus of impeccable Spanish Revival guest units overlooking a golf course in the wealthy San Diego suburb of Carlsbad.

The couple behind the event, Michael and Ruby Callihan, are both former mortgage consultants and longtime members at the resort. When asked why they chose a sports angle for their festival, they cheerily noted that Carlsbad has been voted the most physically fit county in the nation. So it only seemed appropriate to make sports a general theme with titles like “Maidentrip,” a doc about a 14-year-old’s two-year solo voyage at sea, and Rob Bruce’s doc, “McConkey,” on late daredevil skier, Shane McConkey.

The jury comprised such disparate figures as Oscar-winning filmmaker Freida Lee Mock (“Maya Lin”) and John Carney, a former kicker for the San Diego Chargers. Highlights of the weekend included a showing of Kevin Costner‘s classic “Field of Dreams” and the closing night gala for “In Middleton,” a romance about a couple that meets while taking their kids on college campus tours.

Mike got the idea to hold a festival about a year ago, when he was in the lobby at La Costa, a former playground to the Rat Pack and gangsters of a bygone era. Apparently, before the $50 million upgrade to the resort, the lobby had what Mike calls an “old Hollywood kind of feel to it with all the old pictures on the wall.”

It certainly doesn’t have that feel now. In fact, the U.S. Marines hired out the main ballroom on Friday for their annual ball, which made natty uniforms a common sight among the bird of paradise and imperial palms. But even without the Marines there was hardly a festival buzz, which isn’t such a bad thing.

“We thought, why don’t we bring Hollywood to the beach?” Mike told me about the origins of the festival. Well, it’s not quite the beach, a few miles inland, and Hollywood, with its liberal leanings, might be an awkward fit in the conservative suburb.

My own personal experiences with resorts have been in the Caribbean, where they’re usually an island of relaxation walled off from the squalor of the locals. But La Costa is an island for the wealthy, walled off from wealthy neighbors. Come to think of it, maybe La Costa and Hollywood have a little more in common than I thought.

“We can still deliver an artistic piece without the violence and the profanity,” Ruby told me. “Some films, they don’t have to repeat the profanity over and over and over. We try to keep it more family centric to meet our demographics.

Who those “demographics” are might be answered at lunch on the patio, where a conversation behind me centered on how horrible Obamacare is, or over drinks in the bar where a woman in a black cocktail dress proclaimed she doesn’t give a damn about anyone except her friends and the people she loves.

More likely their “demographics” are fans of “The Short Game,” a doc about kids training for the World Championships of Junior Golf. It took home the Jury Prize for Best Sports Feature.

“Yeah, we don’t expect to make money this first year,” confided Mike, who has invested an undisclosed amount in the festival. “But we are going to give money to the Boys and Girls Club (of Carlsbad) in a benefit.”

For him, it’s money well spent, including a $1000 to Canyon Crest Academy for the short film, “Routines,” by two of their students, Jason Phillips and Jason Segal.

So kudos to the Callihans and the good people at La Costa for their passion for fine cinema and sport, (though maybe not in that order). At a time where film festivals are ubiquitous, the La Costa Film Festival offers the nation’s most physically fit moviegoers family fare and front row seats to Freida Lee Mock versus an ex-footballer over who deserves best picture honors.