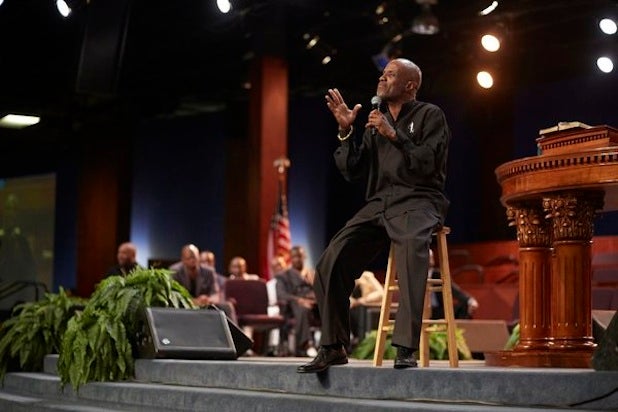 Oxygen will be undergoing a rebrand later this year, the network confirmed as part of its upfront programming slate on Tuesday.

It hopes to capitalize on the network’s younger-skewing female audience — eight years younger than other female-centric cable networks. Oxygen Media President Frances Berwick gestured that changes were coming for Oxygen when TheWrap spoke to her back in December.

“We’re definitely appealing to young women,” Berwick said of plans for Oxygen. “Everything we’re looking at is who are these women, what are they not getting on other networks and really focus in on a midrange audience. The place in the market where there’s definitely some white space doesn’t involve downscale.”

Additionally, the network re-stated its plan to franchise its popular “Preachers of L.A.” series with New York, Atlanta, Dallas and Detroit editions.

“Fix My Choir”
Produced by Pink Sneakers with John Ehrhard, Kimberly Ehrhard and Lauren Stevens along with Relevé Entertainment’s Holly Carter and Jonathan Singer, and Deitrick Haddon all serving as Executive Producers.

In this bold and uplifting music-driven series, struggling choirs will get a chance of much needed mentoring with the help of gospel superstar Deitrick Haddon (“Preachers of L.A.”) and Grammy-Award winning recording artist Michelle Williams of “Destiny’s Child” fame. Each week, the duo will surprise a community, school or gospel choir and help them find perfect harmony both within their music – and their members. They will dive deep into the members’ lives to tackle the choir’s core issues including leadership, inter-personal conflicts, artistic direction and presentation, doing whatever it takes to get these choirs back on track with perfect pitch and newfound confidence.

Delving into the newest fashion trend of nail design, “Nail’d It!” is an innovative self-contained challenge pitting the country’s fiercest nail designers against one another. Hosted by fashionista Adrienne Bailon, each episode will feature three “Nailistas” as they are pushed beyond their creative limits to face-off crafting flawless flat paint designs and over-the-top 3D works of art using everything from gels, wraps, polishes, glitter, lace, rhinestones, 3D objects and extreme materials. The winners of each battle will then compete in a two-part finale until only one artist is standing to claim the $100,000 prize, which will get them to the next level in their aspiring career.

From Banksy to Basquiat, street art is a groundbreaking art form and cultural phenomenon taking the world by storm and dominating pop culture. In this adrenaline-charged new competition series, 10 up-and-coming street artists will create unbelievable art in never-before-seen ways, out-painting and out-racing each other in the hope to win bragging rights and a cash prize.

With Grammy-Award winning recording artist T.I. as Executive Producer, this powerful and uplifting series follows the next generation of female hip-hop artists Siya, Nyemiah Supreme, Diamond, Brianna Perry and Bia as they live, love and work towards their dream of becoming the next big breakout star, which has always been a man’s game and these ladies are rewriting the rules of the music scene. Discovered and mentored by hip-hop icons, these creative and ambitious women are making it while breaking boundaries and defying doubters. While they realize that their lives are a work in progress, they are at a crossroads, and are finding their unique voices. Can they support and collaborate with one another in order to make their dreams a reality?

This funny new docu-series series showcases up-and-coming female comediennes living in Los Angeles as they strive to break the glass ceiling in the male-dominated comedy business. It’s a profession where women fight for survival of the funniest, and these sassy young comediennes will give viewers a peek inside their lives as they struggle to balance their career, relationships and friendships in and outside the industry. Their journey is anything but perfect and these non-conforming women share their uniquely humorous perspectives that come with the pursuit of comedic fame.

Many people have a story about a time in their life when love drove them to a place where rational thinking went out the window. This half-hour comedic anthology series showcases real people’s personal stories about the wild, crazy, romantic, eccentric and hilarious things that women and men have done in the name of love. From faking one’s own death to hiding out in a boyfriend’s closet all weekend to spy on him, this series will cover it all through comedic and stylized reenactments and interviews. With amazing twists, turns and shocking revelations, find out if these lovers’ bold gestures worked or if they took it too far.