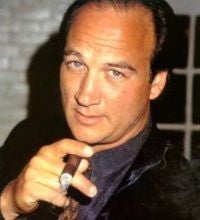 CBS has picked up “$#*! My Dad Says" starring William Shatner, TheWrap has learned. And yes that’s how the obscenity laced title, which had a working moniker of "Bleep My Dad Says," will read.

The series is inspired by the Twitter feed of 29-year old Justin Halpern,who also penned the script for the pilot.

The seeds for the Whitaker headlined series had already been planted. The actor guest starred as a charismatic FBI profiler on an episode of the hit drama last month.

Whitaker is just one of many Academy Award winners who will be moving to television this year, including Jon Voight in Fox’s "Midland" and Diane Keaton in HBO’s "Tilda."

A remake of "Hawaii Five-O" and a James Belushi legal drama called "The Defenders" are among the new programs that CBS will unveil during its Wednesday Upfronts presentation. CBS has also officially picked up "Mike & Molly," a pilot by "Two and a Half Men" creator Chuck Lorre, and Tom Selleck’s cop drama, "Blue Bloods," TheWrap has confirmed.

The news was originally reported by the Hollywood Reporter.