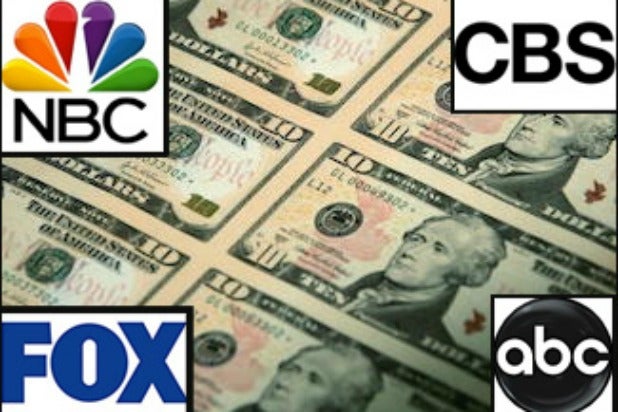 As we head into the biggest week of the year for TV ad sales, Campanelli, one of the major players in the business of buying spots for advertisers, says his clients are are “fed up” with “paying huge year-over-year pricing increases, whether ratings are up or down.”

Campanelli, director of national TV at Horizon Media, noted that broadcasts networks handed an “unsettling” 10 percent price-hike to advertisers last year for the privilege of airing commercials during their primetime shows — even though DVRs and streaming have disrupted the way consumers get their entertainment at home, driving commercial ratings down.

The negotiations will begin in earnest at TV upfront presentations to advertisers this coming week, where folks like Campanelli will be looking for deals. Should networks hike prices again this year, advertisers could blow through their budgets pretty prematurely — or find somewhere else to advertise.

Campanelli may be playing a little chicken, hoping broadcasters will blink before advertisers do. But he’s not wrong.

In case you haven’t flipped your calendar over in a while, this is 2017, and there are options. Though television as your parents knew it still has what Campanelli qualified as a “relative efficiency” compared to other media, the gap is slimming.

And on digital — the alternative that many of Horizon’s clients are beginning to look at more closely — there’s less resistance to lowering prices. Digital networks have far more advertising hours available, since the Internet is endless. So they’re still mostly just looking to grab more volume — or overall dollars. That approach makes actual price-per-thousand impressions (CPM) less of an issue, and thus, more of a bargain.

Everybody loves a deal.

We’ll find out in the coming months where pricing for 2017-2018 ends up, and where advertisers’ ad dollars go.