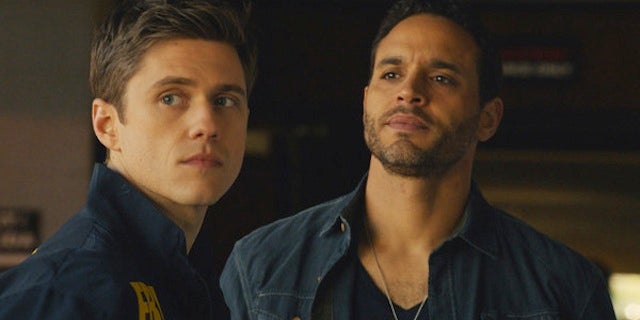 The cable channel will offer the pilot free via Video on Demand (VOD) from April 29 to May 12 ahead of its official premiere on Thursday, June 6.

“With the latest research showing a 40 percent increase in time spent watching TV via VOD, this preview is a key part of our marketing strategy for 'Graceland,'” said USA’s executive vice president of marketing and digital, Alexandra Shapiro in a statement.

“This is a buzzworthy show that should generate a lot of fan excitement among early adopters, who can become advocates for our newest franchise,” she continued.

Even though “Graceland” follows a group of undercover officers from various federal agencies living together in a Malibu house, its style strays from the network’s usual “blue sky” fare. Viewers will find it to be a darker, moodier series than, say, “Burn Notice” and “White Collar.”

Some of the buzz generated by the show can be attributed to its cast. It features “Rescue Me’s” Daniel Sunjata, “The Killing” and “Falling Skies” actor Brandon Jay McLaren and the first regular series role for "Gossip Girl" and “Les Miserables” movie actor Aaron Tveit, a hot commodity since starring in the original Off-Broadway production of "Next to Normal" in 2008.

USA has been focusing on offering exclusive content via VOD for more than five years, most recently offering the entire “Suits” library leading up to the series’ January return and a selection of “Psych” episodes curated by its stars, James Roday and Dule Hill.