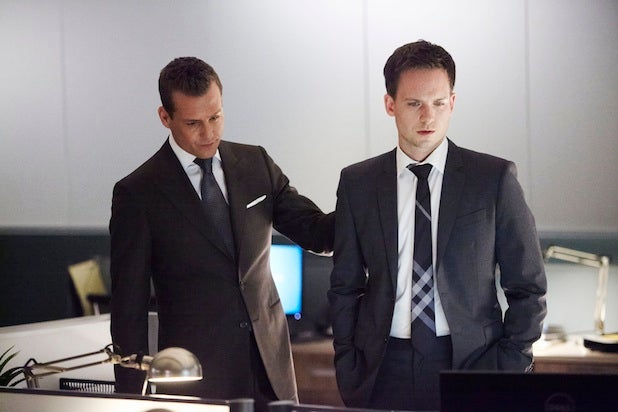 USA Network has unveiled the premiere dates for four returning series and two new ones.

In June, viewers can look forward to the return of “Suits,” “Graceland,” “Royal Pains” and “Covert Affairs.

Then on July 17, USA will debut two new drama series: “Rush” and “Satisfaction.”

“Rush” comes from Fox 21 and “Warm Bodies” writer-director Jonathan Levine. It stars Tom Ellis, who played Robin Hood on ABC’s “Once Upon a Time,” as Dr. Williams Rush, a physician and “medical fixer” who caters to L.A.’s rich and famous. A hard-partying guy himself, he doesn’t judge the messes his clients need fixing.

From Universal Cable Productions and “Suits” executive producer Sean Jablonski, “Satisfaction” takes a look at a modern marriage at its midpoint. It follows Neil Truman (“The Glades'” Matt Passmore) and and his wife, Grace (Stephanie Szostak, “The Devil Wears Prada”) as they question their marriage and make some unconventional choices.

See below for the first trailers for “Rush” and “Satisfaction”: