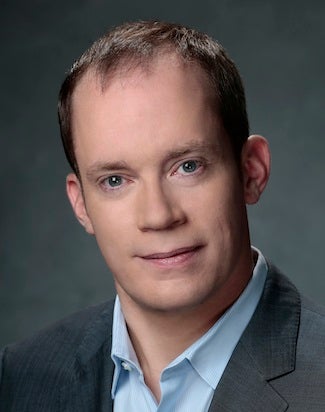 NBCU will has announced that development head Mark Stern will be departing and it has appointed USA Network’s Bill McGoldrick to the post. He will report to Syfy president Dave Howe.

Stern, who headed Syfy’s original development for 11 years, will become executive producer for an unnamed new Syfy series premiering in 2014.

Meanwhile at USA, Jackie de Crinis has been elevated to the newly created role of executive vice president of original programming. She will report to USA President Chris McCumber.

“Bill and Jackie both have uncanny instincts about quality content that resonates with audiences, and are incredibly brand savvy,” said NBCU Cable Entertainment chairman Bonnie Hammer in a statement. “With this move, Bill expands his development responsibilities while he gets to satisfy a not-so-secret passion for the genre. Jackie, who’s done a fantastic job at USA, gets to take on a well-deserved leadership role. It’s a win/win for Syfy, USA and the entire Cable Entertainment Group.”

McGoldrick served as the EVP of Original Scripted Programming for USA. He oversaw the development of its scripted dramas, including “Suits” and “Graceland.” He also oversaw the network’s first comedy projects, which include the upcoming “Sirens” and “Playing House.” Following a four-year break from the company to oversee Spike TV’s series development and the launch of its first dramas, McGoldrick returned to USA in 2009 as an SVP of original scripted programming. He originally joined the network as an executive assistant in 1998.

“Bill comes to Syfy at the perfect time as we refocus our efforts to deliver even more quality, stand-out event programming,” said Howe. “I’d also like to thank Mark for his years of passion, drive and dedication. He’s made incredible contributions to the success of the network and I’m delighted that we will continue to benefit from his extraordinary talent.”

De Crinis’ role combines responsibilities for all production and development of original programming for USA, including scripted and unscripted series. Previously, she was the senior program executive responsible for all current scripted programming and pilot productions for the network. Since joining in 2000, she has overseen the development of hits such as “Burn Notice,” “Royal Pains,” “White Collar,” “Covert Affairs” and “Monk.” Previously, she held executive programming positions at ABC, 20th Century Fox and TriStar. She began her career at New World Television as an assistant to the executive producers of “The Wonder Years.”

“USA has benefited from Jackie’s great taste and inspired creativity since the moment she joined the network, and it will be great to have her at the helm of the USA development team,” said McCumber.