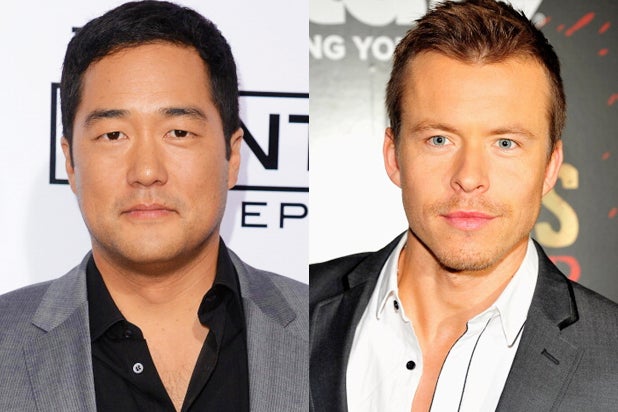 Kang will play the role of Oscar, a laid back stoner who’s been living the high life off the grid for months, hiding a surprising connection to the Salvatores. But Oscar’s Zen lifestyle comes to a screeching halt when supernatural intervention turns him into a feral killer.

Lasance will take on the role of Julian, who’s described as a feared, storied immortal with a reputation for excelling in earthly pleasures. Julian is pure charisma or pure creep, depending on whom you ask. The one thing he fears is anonymity, an unlikely outcome given that he’s perpetually on the run, leaving chaos in his wake, and attracting even more dangerous followers.

Both characters will make their first appearance in Episode 703.

“The Vampire Diaries” wrapped up its sixth season with an emotional farewell to Elena Gilbert and the actress who plays her, Nina Dobrev, who opted not to return to the show for Season 7. Stars Paul Wesley, Ian Somerhalder, Candice Accola and Kat Graham are all returning.

During the 2015 Upfronts, CW boss Mark Pedowitz expressed his desire for “The Vampire Diaries” to run for several more seasons despite losing its leading lady. Focus is expected to zero in more on Salvatore brothers Stefan and Damon.

The seventh season of “The Vampire Diaries” premieres on the CW Oct. 8 at 8 p.m.

Lasance is an alum of famed Australian soap “Home and Away” and also played Julius Ceasar on “Spartacus: Blood and Sand.” He is represented by Marquee Management in Australia and Silver Lining Management.

Kang is best known for his role as Kimball Cho on CBS’ “The Mentalist.” He is repped by SDB Partners and Bold Management.