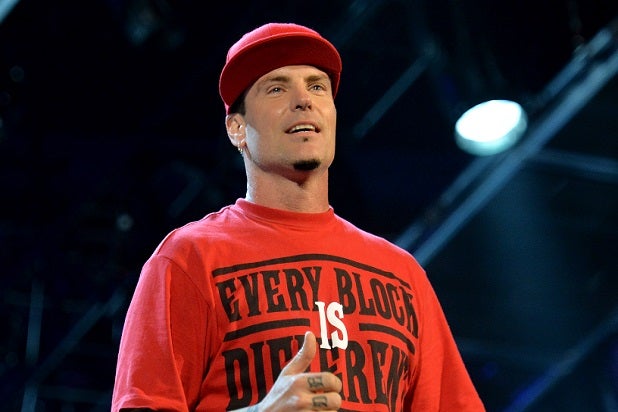 UPDATE, 4:23 p.m. Wednesday: DIY Network has issued a statement on Vanilla Ice‘s arrest, saying, “DIY Network has been made aware of this situation and is currently looking into the matter.”

The rapper — real name: Robert Van Winkle — had been renovating a residence next door to the crime scene. (Van Winkle has a home-renovation reality show, “The Vanilla Ice Project,” on the DIY Network.)

The stolen items include furniture, a pool heater and bicycles. After an investigation revealed that Van Winkle “played a role” in the burglary, police found some of the stolen property at “a residence under the care and control” of Van Winkle, police said.

According to the Lantana police department, which said that the crime occurred “sometime during December 2014 and February 2015,” Van Winkle voluntarily met with detectives to provide a sworn statement, after which he was taken into custody and charged.

Van Winkle has not yet responded to TheWrap‘s request for comment.