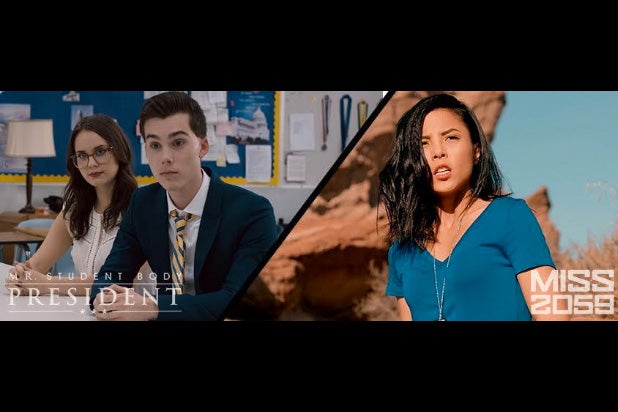 The streaming service also committed to 12 episodes of “Miss 2059,” a sci-fi adventure about a beauty queen accidentally chosen to defend Earth in an intergalactic tournament. The show is headlined by YouTube star Anna Akana and also stars Nikki Soohoo.

“The renewal and continued success of ‘Mr. Student Body President’ and ‘Miss 2059’ speaks to the premium content New Form is creating,” JC Cangilla, New Form’s Chief Operating Officer, said in a statement. “It’s great to be able to renew with a partner like go90 who understands our validated business model and creative executions. This is the first of many renewal announcements from New Form.”

“We want to get behind what’s working on go90 in a big way,” Ivana Kirkbride, Chief Content Officer at go90, said in the statement. “Doubling down on a hit like ‘Mr. Student Body President’ and Streamy award-nominated ‘Miss 2059’ is just one way in which we strongly invest in our partners such as New Form and how we provide a unique platform to incredibly talented creators such as Anna Akana to freely create in their own voice.”