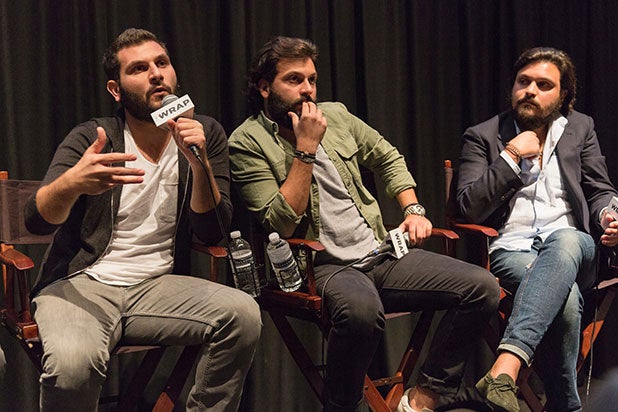 Making a film is hard, but making a film in Lebanon is even more difficult — this is a sentiment that was shared by the filmmakers of Lebanon’s official Oscar entry, “Very Big Shot,” during TheWrap’s Screening Series on Thursday.

“Doing a film anywhere in the world is not easy,” said Lucien Bou Chaaya, a lawyer who joined forces with his two brothers, Mir-Jean and Christian, to make this film. “It’s even more difficult to do that in Lebanon. We saw how difficult it was for [Mir-Jean, the director] to pitch a story to someone that is capable of developing this film. We came into the cinema business trying to help him get the film made. Over time, we understood we could do more for the industry in Lebanon.”

And in the film, there are multiple scenes in which violence erupts in the streets on which they are filming. This actually happened in real life, explained Mir-Jean Bou Chaaya.

“Most of the scenes were [shot] in Beirut and its northern suburbs, a quiet fanatic region, a Christian-fanatic region that suffered a lot in the Civil War,” he said, adding that he and his brothers grew up on the streets used as sets in the film. “There is a certain brutality and certain violence hidden in those sets, in these streets and neighborhoods. I was surprised when we started doing the location hunt how this violence and brutality came up on screen each time we wanted to frame something. I wanted to use this as a backdrop for the film.”

“Very Big Shot” is about a Lebanese drug dealer who intends to smuggle drugs across borders by making a film in the streets of Beirut, and using the film canisters to transport the goods. The film is actually based on a true story in which Italian producers smuggled opium into Lebanon. In the film, three brothers team up to tell the story of how cinema can change public opinion in the country, much like the Bou Chaaya brothers are trying to do with “Very Big Shot.”

“It’s not very easy to make films in Lebanon … we never had a strong foundation of the cinema industry,” the director said. “What I tried to inject in this film within a film is really to go and find the true difficulties that I have had in other projects, but mainly, it’s how cinema is entering the lives of these people. How cinema is going to change this neighborhood in a society that is a victim of images and media and has all this fanaticism that is still hiding somewhere even though the Civil War ended and the religious conflicts in this region are supposed to be done. You still find it, It’s hidden somewhere.”