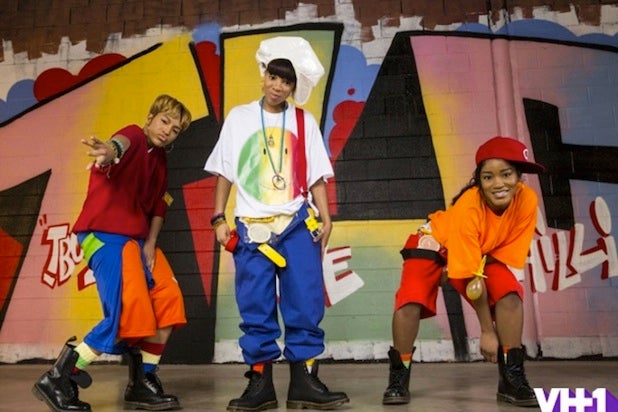 VH1’s “CrazySexyCool: The TLC Story” could be giving VH1 is best week ever with its ratings.

The biopic banked a 2.9 rating in the advertiser-coveted 18-49 demographic. Additionally, 4.5 million viewers tuned into the movie’s Monday premiere.

That not only makes it VH1’s highest rated original movie ever, but also puts it at the top of the list for most-watched original movies on cable this year among the advertiser demo.

Socially, the movie more than 1.92 million tweets with tweets containing the hashtag #crazysexycool making up for 55 percent of the night’s TV-related tweets, according to SocialGuide. Additionally, sales for TLC’s “20” jumped from No. 43 to No. 5 on iTunes on Tuesday and No. 1 on the iTunes R&B chart.

The movie portrayed the hip hop trio from their start in Atlanta to superstardom and then Lisa “Left Eye” Lopes’s death in 2002 and its fallout. It stars KeKe Palmer (“Akeela & The Bee”) as Rozonda “Chilli” Thomas, Lil Mama (“America’s Best Dance Crew”) as Lisa “Left Eye” Lopes, and Drew Sidora (“Step Up,” “The Game“) as Tionne “T-Boz” Watkins.