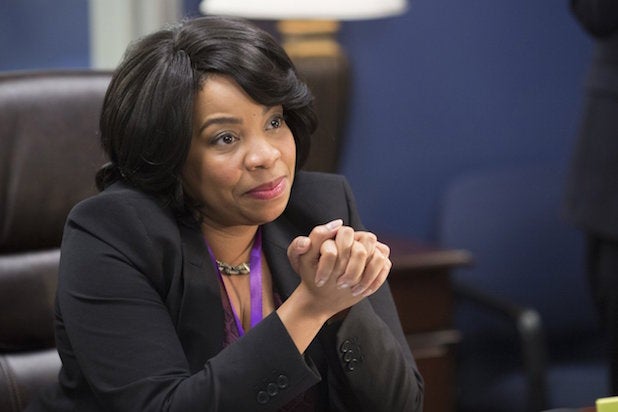 If you haven’t seen the show, created by “Eastbound & Down” masterminds McBride and Jody Hill, Dr. Belinda Brown (Gregory) is confident in her role as head of the school, having just breezed into town from Philadelphia with her two sons, much to the dismay of incessant, puerile infighters Neal Gamby (McBride) and Lee Russell (Goggins). The two incumbent vice principals soon become bent on bringing her down.

A savvy career woman, Brown seems to extoll the wisdoms gained from years of job-related leadership retreats. And she doesn’t hesitate to get tough.

“Trust me, Dr. Brown can protect herself,” Gregory told TheWrap. 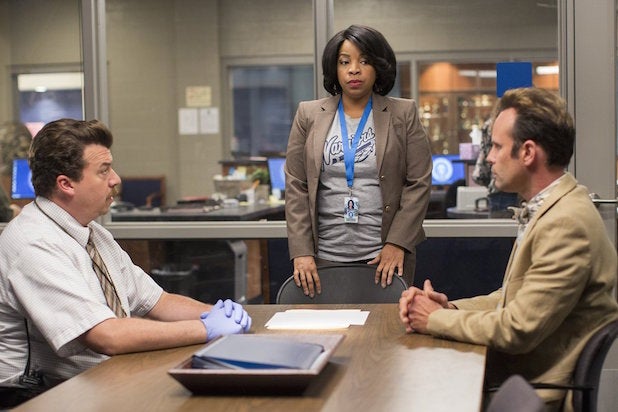 Fans might assume the 43-year-old actress has modeled her character after a deft politician like Hillary Clinton, or Facebook’s Sheryl Sandberg or even Oprah Winfrey herself. But it’s actually someone in Gregory’s own family who informs her performance.

“I draw a lot from my sister,” she said during a recent interview.

“I think these two guys would be gone if my sister was actually the principal,” added Gregory.

She described her older sibling, Tracy, as a no-nonsense business woman who works in international relations. “It’s a lot of stuff overseas. She’s in Moldova right now.”

Tracy is so rigorous in her job, in fact, Gregory relayed that she was called “The Iron Lady” during a period when she worked in Liberia.

“My sister is everything you’d want a big sister to be,” she said. While feeling out how she’ll play a scene, Gregory said she’ll ask herself, “What would Tracy do?” 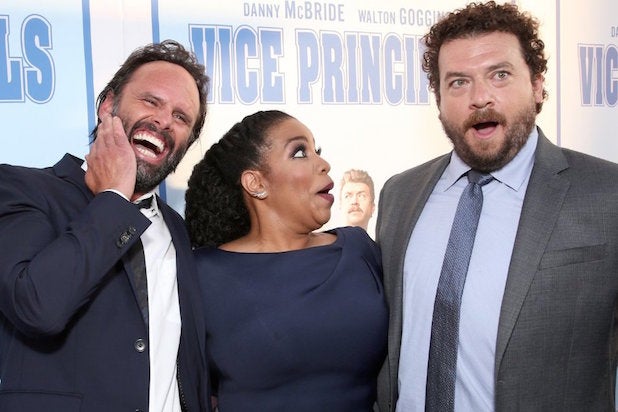 She’s also quick to point out differences between Dr. Brown and her older sibling. “My sister is much more professional. She wouldn’t curse people out and carry on with them. But she would fire you.”

Another trick to playing Brown, Gregory said, is remaining completely earnest. “These are very real people taking very seriously these ridiculous circumstances,” she said, citing her approach during the show’s most recent episode where Dr. Brown unloads on Gamby about her cheating ex-husband, reciting a gut-busting line comparing her ex’s private parts to a French dip sandwich. “She’s dead serious saying those terrible things,” said Gregory. “I just play her honestly without trying to get a laugh on the other end.”

Filled with off-color humor, the show’s characters grow surprisingly sympathetic with each episode. But the expletives and low-brow jokes are the type of stuff that could easily put off Gregory’s Christianly, Texas grandmother.

“I said, ‘Granny why are you watching this?’ And she said, ‘Oh, I know you don’t curse like that. I know they wrote that for you like that,'” recalled Gregory, saying she gives all of her family members a “big warning” before they watch the show.

Gregory was raised in a churchgoing family in Houston and told TheWrap she is much more of a pacifist in real life. “I wish I was more like Dr. Brown,” she said. “I wish I could tell people that I’ll drag them across the parking lot. But I don’t like confrontation.”

If Gregory is a new face to you, that’s because most of her acting background is in theater. She is currently starring in Robert O’Hara’s “Barbecue” at the Geffen Playhouse in Los Angeles.

“Vice Principals” has two more episodes in Season 1. The show has also wrapped production on Season 2, which, Gregory teased: “You are going to go much deeper into their personal lives, which makes the comedy erupt even more. Of course, they’re all a mess.”