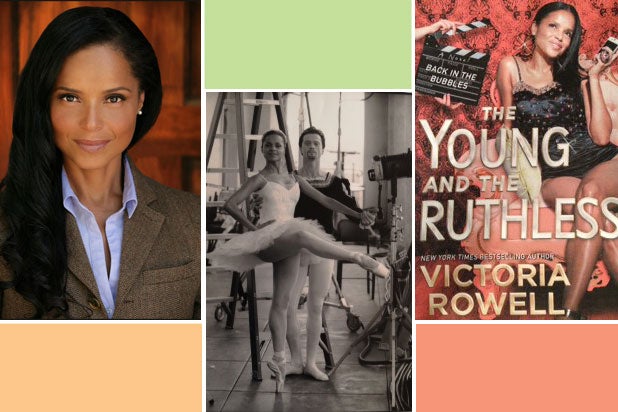 I made my first appearance on television four years after the Civil Rights Act passed. I was around  9 years old and in foster care, a budding ballet dancer on a talk show hosted by Dave Garroway — the founding host and anchor of NBC’s “Today.” His headline guest was the legendary Eartha Kitt.

It was a time wrought with grief, following the assassinations of Robert F. Kennedy and Rev. Dr. Martin Luther King. I had won a full scholarship for underserved black children at The Cambridge School of Ballet in Harvard Square. There were riots and fires. Poverty and non-inclusion. Fear. And James Brown.

As I approached my ballet studio, I saw smoke, then fire. The promise of a future set ablaze to intimidate, to suggest I/we didn’t belong in THAT neighborhood. We wanted access to the possibility of an arts education. Some believed classical arts should be a posh pursuit for whites only.

Fast forward to 21st century America: Hollywood and the entertainment industry. It seems the pursuit of economic emancipation and inclusion remains a challenge for African Americans and POC in front and particularly behind the lens.

Also Read: Deadline’s Too-Much-Diversity Article: Journalists Weigh In On Why It Hit a Nerve

The recent comments in Nellie Andreeva’s piece, “TV Pilots 2015: The Year of Ethnic Castings—About Time or Too Much of a Good Thing,” sadly did not surprise. One person of color has long been enough, and two too many — not only on television, but in U.S. corporate boardrooms. The real issue is of a systemic nature. The comments are indicative of sentiments of those way up the food chain. Sentiments that harken back to post civil rights, sentiments that reflect a time when access would be prohibited by all means necessary.

Further, in daytime drama (soap opera), which began in 1930 on radio to sell soap (an aggregate of over 500 years of network daytime drama television, aka “the stories”), the multi-billion-dollar industry has yet to deliver a single African American-created daytime soap opera on network daytime television. “The Young and the Restless,” owned by Sony is No. 1 due to an over-indexed African American consumer-viewer audience, has been on the air for 42 years, is licensed by CBS, is Procter & Gamble sponsored, and yet has not had a single African American executive producer, co-executive producer, head writer, costume designer, public relations director, casting director and more.

A former executive producer and head writer of “The Young and the Restless,” Jack Smith, was quoted in the article: “I have a lot of African American friends …”

“As soon as you get in to these issues, you have to be concerned about offending anyone. The option was to either play stories that are sensitive and aligned with African-American culture, or not risk offending and not play them at all,” Smith said.

This so called risk is systemic.

Until reorganization in a television industry, daytime and primetime, controlled by 96 percent white males is realized, top tier and executive staffing jobs will continue to be awarded to those who look like them.

According to the paper “2015 Hollywood Diversity Report: Flipping the Script” by Dr. Darnell Hunt, director of the Ralph J. Bunche Center for African American Studies and professor of sociology and African American Studies at UCLA, and Dr. Ana-Christina Ramón, assistant director and associate researcher of the Bunche Center, a social psychologist trained in quantitative and qualitative methods, currently manager of the Hollywood Advancement Project:

In the end, every industry stakeholder — individual and institutional — has a role to play if meaningful industry advancement is to be achieved on the diversity front. Broadcast networks must begin to treat the airwaves as a public good through which diverse content promotes profits and democracy. Studios must cast the net much more widely when they entertain pitches for film and television projects. Talent agencies must diversify their rosters, packaged projects and their own ranks. The film and television academies must overhaul their memberships. The guilds must better understand their respective membership pipelines and find ways to increase access and professional development for minorities and women. Individual producers and writers must finally accept the notion that having diverse voices and perspectives in the room actually increases their odds for success.

Unfortunately, there’s no magic bullet for Hollywood’s race and gender problem. It’s a multi-dimensional problem that requires innovative interventions on every front. It’s not a problem that will simply fix itself in the normal course of business. The ongoing disconnect between the marginalization of minorities and women in Hollywood and what we know today’s audiences desire should make this clear. Flipping the script will require a genuine commitment and considerable persistence. This report series aims to provide the data necessary for facilitating these efforts.

The net must be cast wider and NOW. And please, no more mea culpas. Let us address the wealth gap by including African Americans, who watch more television than any other group by 7 1/2 hours and consume advertised products to the tune of $1 trillion in annual spending. Abysmally low numbers of African American Writers Guild of America, Directors Guild of America, Producers Guild of America, I.A.T.S.E. and Local 706 union members are hired in daytime and primetime television. Where is the equitable procurement of future union jobs in these areas for African Americans and other POC in daytime and primetime so that rich storytelling isn’t avoided due to lack of knowledge of black and brown perspectives and cultures? Knowing a lot of black and brown people just isn’t enough.

And last I checked, many entertainment entities are Federal Contractors (USASpending.gov), receiving millions of taxpayer dollars annually in exchange for “contracts.” Where is the inclusion?