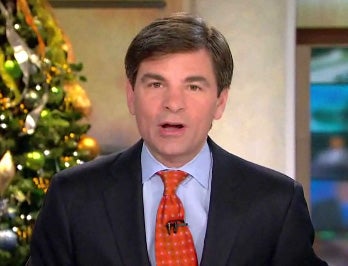 George Stephanopolous made his “Good Morning America” debut on Monday. It was – in a word – uneventful. Stephanopoulos was as smooth as advertised – with the only notable moment coming during an interview with White House senior adviser David Axelrod pegged to Barack Obama’s testy interview with CBS’ “60 Minutes,” which aired Sunday. As the Daily News noted, these are the kind of "serious" interviews with Washington insiders ABC is hoping Stephanopolous can wrangle.

Here’s the video of Stephanopolous’ open, via Newsbusters: