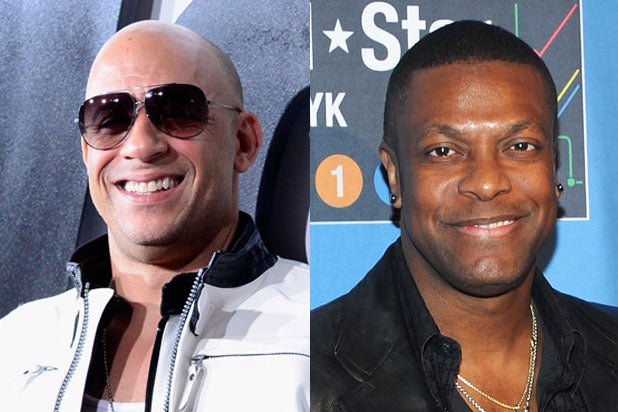 Based on the bestselling novel by Ben Fountain, the story follows 19-year-old Texas-born infantryman Billy Lynn and his fellow U.S. servicemen who survive a firefight in Iraq in 2005. The Bush administration brings the veterans home for a victory lap that leads them to the Dallas Cowboys’ football stadium where they’re honored during the team’s Thanksgiving halftime show before they return to war in Iraq.

Jeff Robinov’s Studio 8 and Chinese distribution company Bona Film Group are onboard alongside TriStar and Film4. The film will feature state-of-the-art high frame rate technology, and production is slated to start this month.

Simon Beaufoy, who won an Oscar for writing “Slumdog Millionaire,” adapted the book for Film4 and The Ink Factory. The film will be produced by Marc Platt and Ink Factory’s Stephen Cornwell, Rhodri Thomas and Simon Cornwell, as well as Lee.

Diesel is no stranger to movies about soldiers, having co-starred in Steven Spielberg’s epic “Saving Private Ryan.” He currently stars in “Furious 7,” which has been breaking box office records since it opened last week.

Diesel is represented by CAA, while WME reps Tucker.

TheWrap's Screening Series features the most significant films of 2016. Screenings are followed by question-and-answer sessions with the film's talent. The films are open to members of the Academy of Motion Picture Arts and Sciences, the DGA, PGA and WGA members, and to subscribers to TheWrap's daily email newsletter, First Take.
PRO TIP: