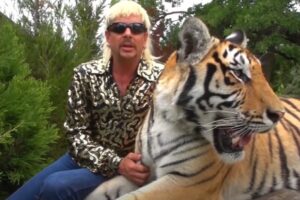 This year’s Sundance Film Festival drew in more than 600,000 people, who either “attended” or viewed films and talks. Even though the festival was not just virtual but also shorter and with a smaller slate of films, the total attendees were nearly three times greater than the overall number of attendees at last year’s festival in Park City.

The Sundance Institute says that the 7-day festival reached a total audience of 2.7-times (168%) more than the typical 11-day version in Utah in 2020. Only 73 movies screened compared to the usual slate of 120 features. Sundance also hosted drive-in events across a number of states this year, which helped the festival reach an audience from all 50 states and 120 countries.

Specifically, Sundance says there were 251,331 views of feature and short films and Indie Series through the festival’s online platform or TV apps. The festival then counts an estimated two people per household watching the film, reaching an estimated half-million people.

The remaining number came from the festival’s talks and other sections. Using the same estimate of two views per household, the festival projects that 66,000 people watched from 33,267 views. Another just shy of 40,000 participated in the New Frontier exhibition, which usually only draws 2,000 visitors at the in-person festival.

Online seat limits for each film were determined by the film’s individual rights-holders, and certain film and series programs were geo-blocked to the U.S.

Sundance also estimates that nearly half of the participants were between the ages of 18-34, and 64% of those who attended chose to watch the films during its three-hour premiere window rather than during the on-demand second screenings. The festival also provided discounts to nonprofit groups led by BIPOC, women or LGBTQ+ individuals or those with disabilities. 85% of the total products sold were $15 single tickets alongside the regular festival passes.

Sundance had some other landmarks this year, particularly in the marketplace, where festival winners “CODA” and the documentary “Summer of Soul” each sold for record amounts, the former for $25 million to Apple and the latter for $15 million to Searchlight and Hulu.