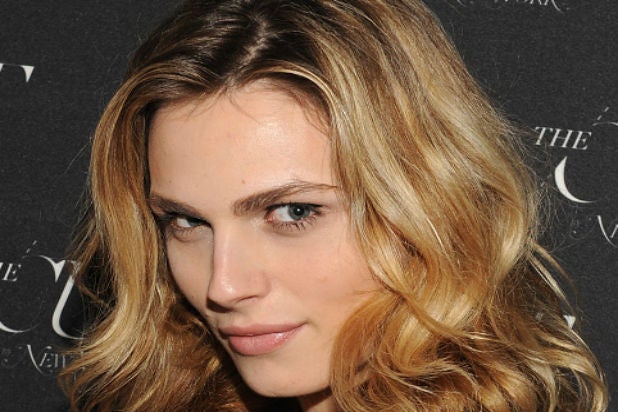 Andreja Pejic has become the first transgender model to appear in Vogue.

In a profile with the fashion and lifestyle magazine the runway strutter said, “We’re finally figuring out that gender and sexuality are more complicated.”

Pejic was born in Bosnia just before the 1992 Bosnian War. Her family fled to a refugee camp, eventually settling in Melbourne, Australia, where she tried her hardest to fit in with the boys her age to no avail.

“Society doesn’t tell you that you can be trans,” she said. “I thought about being gay, but it didn’t fit.” Pejic went on to say that she could not accept that she was female at first. “I thought, ‘Well, maybe this is just something you like to imagine sometimes. Try to be a boy and try to be normal.'”

After being discovered, Pejic was featured in both men’s and women’s fashion shows, working for famous designers like Jean Paul Gaultier and Marc Jacobs.

Pejic is the latest transgender celebrity to make a media splash as of late. Olympic gold medalist and former reality star Bruce Jenner is set to reveal the details of his transition in an interview with Diane Sawyer on Friday.

Laverene Cox, the transgender actress who appears on the Netflix series “Orange is the New Black,” was recently named one of Time Magazine’s 100 Most Influential People, as well as one of People’s Most Beautiful Women of 2015.