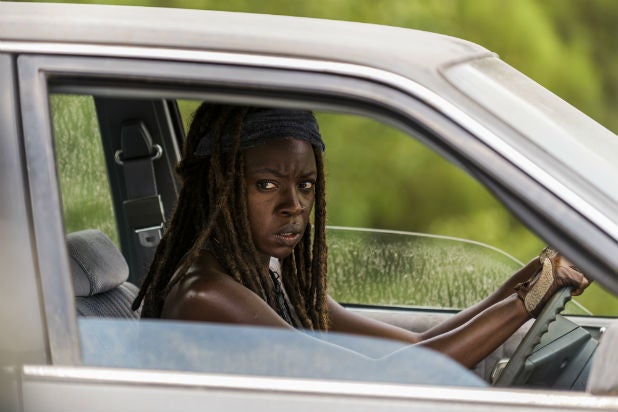 (Spoiler alert: Do not keep reading if you have not seen the midseason premiere of “The Walking Dead”)

In the midseason premiere of “The Walking Dead,” Rick and the group discover a brand new band of survivors, but can they be trusted?

Fans of the megahit AMC series are already putting forth theories on who exactly this new group is and whether or not they will help Rick in the impending battle against the Saviors.

Check out the three top theories below.

In the first half of the season, Tara (Alanna Masterton) stumbles across the very well-armed Oceanside community and only escapes with her life when one member helps her get away.

It is possible that the members of that community wandered their way toward Alexandria, but one problem exists with this theory: there were men in the crowd.

A key aspect of Oceanside that we saw in Tara’s episode is that the community is entirely made up of women. This is due to previous run ins with the Saviors, who killed all the men in the group. Unless Oceanside picked up some new male members in a hurry, this one seems unlikely.

A Group Invented for the Show

While “The Walking Dead” is based on the comic series of the same name, it is important to remember that the show has differed from the comics in several key aspects and has invented new characters at different points *cough* Daryl *cough*.

It is entirely possible that this new group has no corresponding counterpart in the comics and that they have been created purely for the show.

People have been waiting for this group from the comics to make their first appearance for a while now.

In the comics, the Whisperers are known for covering themselves in walker skin and using it to hide in plain sight. Granted, none of the people we saw at the end of the episode were wearing walker skin, so is it possible this is the Whisperers before they learned that particular trick?