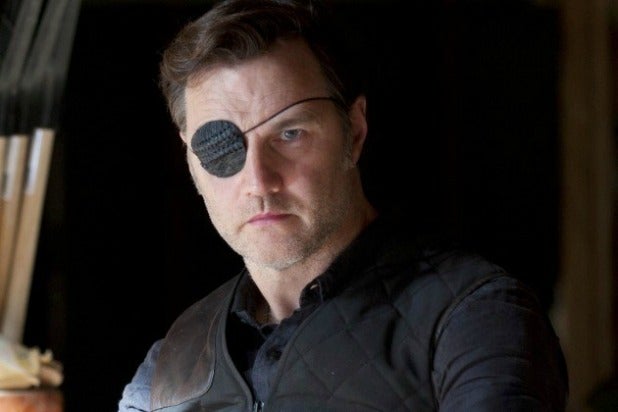 Around its fourth season, “Lost” turned into a show about people walking back and forth across an island, just missing each other, occasionally reuniting. Eventually it took time travel to keep the castaways apart, and it felt a lot like stalling.

With Sunday’s midseason finale, “The Walking Dead” is in full “Lost” mode. Remember how disappointingly “Lost” ended? “Walking Dead” seems to see no end in sight. Its biggest goal seems to be to keep walking.

It’s obvious why “The Walking Dead” would take an if-it-ain’t broke philosophy in its fourth season: With its third, it became the top-rated scripted show on TV. It makes money. AMC is planning a spin-off. The network probably cares less about a driving narrative than bringing people back every week.

Consider the difference between “NCIS,” a machine that’s built to last and changes as little as possible, and “Breaking Bad,” a masterpiece because of its obsession with change. The two shows represent two models of television: the old unambitious one that strives for consistency, and a new one that rewards viewers for studying change over time. “Lost” helped popularize the second model, and was best when most committed to it.

New “Walking Dead” showrunner Scott Gimple seems to have given in to understandable pressure to turn his show into a machine: It’s well-oiled and often hypnotic to look at, but watching a machine is still watching a machine. Boring is its own kind of broken. “Lost” most lost its way during the seasons when it had no end in sight.

“The Walking Dead” seems to suffer that aimlessness as well. There was nothing that happened on Sunday that couldn’t have happened in the Season 3 finale. The show seems to have kept the Governor alive last year only to precisely repeat his previous life: Trying to save a doomed little girl, taking over a community, trying to take down the prison. Better to have killed him than made him redundant.

At its best, the show moves aggressively forward, eschewing repetition and backstory. Glen Mazzara, the showrunner who left last season, pushed for accelerated storytelling, and the show was better for it during his run. His time on the show was proof that change is good, and that viewers in a post-“Lost” era demand it.

‘The Walking Dead': 4 Things Networks Can Learn From the Cable Show That’s Beating Them

There was a little acceleration Sunday — like the Governor’s quick capture of Hershel and Michonne. Unfortunately it felt unbelievable. Michonne taken down so quickly by her arch nemesis? The show’s writers have done too many things this season that felt convenient for the show’s writers.

They still know how to come up with some captivating tricks, like the mud beast that bit Meghan. “The Walking Dead” will always be good for isolated moments of wonderful horror. But the show could be so much more. At its best, like “Breaking Bad,” it’s a show about moral choices. Who would you kill or let die to keep someone else alive? Why are your people your people and their people “The Others”? Are your people more valuable than their people? Why?

“Lost” asked those kinds of questions. “Breaking Bad” asked them better than any other show. The main question on this season of “The Walking Dead” has been, “Which of these characters is going to die?” There’s been a surface level discussion of whether people can change, but the debate has been as one-sided as a chess game with a child.

Also read: ‘Walking Dead': Is The Governor the Walter White of the Zombie Apocalypse?

“Lost” at least created the illusion of forward motion with its many mysteries. It failed to solve them, but we didn’t realize until the very end that we’d been had. Up until then, especially in the early days, the show was ridiculously fun.

The big mystery of “The Walking Dead” is how walkers came to be. Mazzara used to say it wasn’t a question the show wanted to answer. Maybe Gimple has changed his mind.