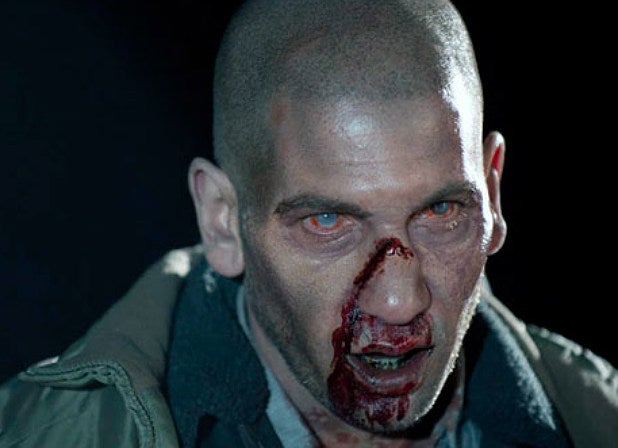 (Spoiler alert: Don’t read this if you don’t want to know what happened on “The Walking Dead” Sunday night.)

Even if you knew it was coming — and many fans did — the death at the end of last night’s “Walking Dead” still managed to be one of the most chilling the show has offered up so far.

Although viewers didn’t know when Shane (Jon Bernthal) would die, they knew his days were numbered if they saw an AMC ad for season two DVDs that mentioned “Shane’s last episode.” (Or the news stories about the spoiler.) Then there was the fact that Bernthalhad recently landed a new role on TNT’s upcoming cop drama “L.A. Noir.”

Fans of the Robert Kirkman comics that inspired the series also knew that Shane died early in the comics, before the survivors even arrived at Hershel’s farm. Some things about his death on the show were exactly like his death in the book: He was killed after trying to kill Rick, driven by his passion for Rick’s wife, Lori.

But the show’s changes upped the drama brilliantly. Keeping Shane alive at the farm made him the source of much of this season’s tension.

And while Shane-in-the-comics was shot dead by Rick’s son, Carl, Shane-on-the-show was killed by Rick. And then the show added a stunning twist.

Previously, people only turned into walkers if they had been bitten by a walker before they died. But Shane turned into one on his own.

This new development — spontaneous zombieism — was actually introduced in Kirkman and Jay Bonansinga’s novel, “Rise of the Governor,” released last year. But the idea had never been introduced on the show — and provided a dramatic kicker to Shane’s death.

As he died, he had grisly visions — and then rose horrifyingly from the dead. Just as he was about to kill Rick, Carl shot him down.

It was a perfect update of the comics, in which Carl said after shooting Shane, “It’s not the same as killing the dead ones, daddy.”

At least Carl on the show didn’t have to kill a live one.