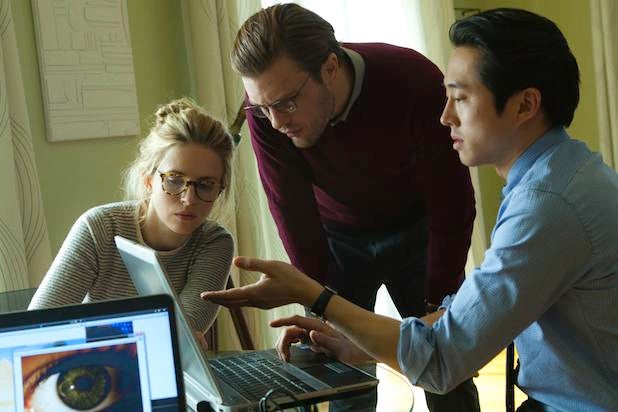 “Walking Dead” star Steven Yeun will make his big screen debut this summer when Fox Searchlight releases “I Origins,” a supernatural drama exploring the connection between spirituality and science.

The first trailer doesn’t make it seem like he has a huge part, though, as Michael Pitt (“Boardwalk Empire”) takes the lead.  Pitt plays a molecular scientist who goes on a journey through love and life to discover that the eyes really may be the window to the soul.

It will be competing with Zach Braff‘s crowdfunded indie “Wish I Was Here,” Universal’s low-budget horror sequel “The Purge: Anarchy” and the Wachowskis’ “Jupiter Ascending.”