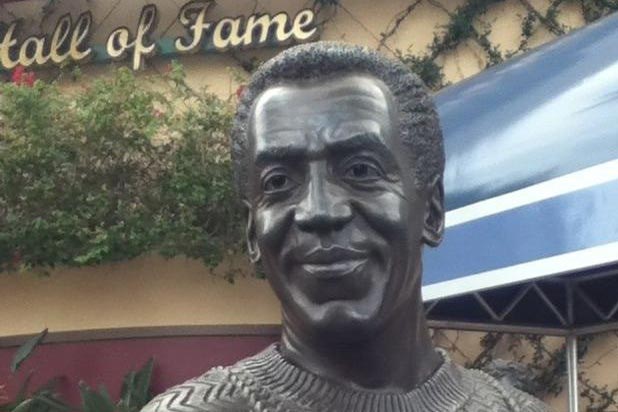 A Bill Cosby statue has been removed from Disney’s Hollywood Studios theme park in Orlando, Florida.

The bronze bust of the embattled comedian is being removed in the wake of court documents from a 2005 deposition that were unsealed on Monday in which Cosby admitted to having obtained Quaaludes with the intent of giving them to women with whom he wanted to have sex.

The move comes after an online petition on Change.org circulated demanding it be taken down following nearly 40 women publicly accusing Cosby of raping, drugging, coercing or sexually assaulting them.

“The Disney name is synonymous with family-friendly entertainment and with Mr. Cosby in the media daily facing accusations of sexual assault with the number of victims ever-climbing, it is inappropriate for Disney Parks to have a replica of Mr. Cosby’s likeness on display,” the petition stated.

However, an individual with knowledge of the removal said it was not sparked by the petition but was an internal park decision.

Cosby was featured at the theme park along with TV stars such as Lucille Ball and Oprah Winfrey who have been inducted into the Television Academy Hall of Fame.

The newly-unsealed documents, obtained by TheWrap, go on to state that “defendant [Cosby] testified that he obtained seven prescriptions for Quaaludes.” When asked if he gave the drugs to other people, Cosby replied “yes.” The case was settled in 2006 for an undisclosed amount.