Comedian Walter Masterson revealed Thursday he’s spent the last month feeding pigeons outside of Fox News’ Midtown Manhattan headquarters in the hopes of turning the building into a bird sanctuary – and he told TheWrap all about it.

He posted a video showing himself tossing bird food around the News Corp building at 1211 Avenue of the Americas, quickly racking up views. In the clip, pigeons are seen descending on the snacks. He says it took weeks to prove to the animals that Fox News was their “home,” a place they can reliably find food each day, but now “they’re all ready” to dine when he shows up. The challenge in getting to that point, he said, was keeping them safe. He polled his Instagram followers on the healthiest avian offerings and always made sure he wasn’t teaching the birds to cross the busy Manhattan street in pursuit of his goods.

“I really thank Fox News for just, you know, their commitment in this endeavor,” he joked to TheWrap. “They supplied a great space.” 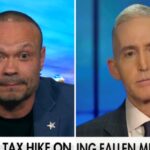 The entrance to the building, he pointed out, has little foot traffic and is removed from the street. Thus, he said, it’s just a great place for birds: “It’s a very lovely space — a safe space — for birds of any kind to frolic. It’s extended to more than just pigeons and sparrows. You know, all birds are are welcome. Fox News is a very inclusive place!”

He’s familiar with the area, anyway. Masterson is a full-time actor and comedian whose past work has involved not only his appearance in the Independent Spirit Award-winning L.I.E., but performing digital skits. He’s dressed as a Fox News reporter and done live shots from the front of the building, tricking the occasional would-be interviewee into a recorded chat. He’s consulted with lawyers, he said, and is well aware of which parts of the little plaza he can film in, and in which ones he can’t.

Masterson has consulted with other legal experts because of his work, too, he said, but not just his own lawyers. He was on the scene, interviewing people in character, when a riot broke out at the Capitol on Jan. 6. He assured TheWrap he shared all his footage – which he said included rioters telling him all about their breach of the building – with the FBI. 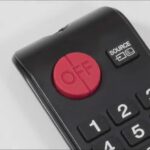 That riot was, of course, perpetuated by supporters of then-President Donald Trump. Going forward, Masterson sees a role for Trump in his quest to feed the birds of New York, as well.

“I’m exploring other other places [besides Fox News],” he said. “I mean, there’s Trump Tower. There’s Trump hotels. I heard that the former president owns a lot of properties throughout the world – someone told me that – and I just thought, “OK, well, why stop there?’ There’s so many places, so much space for inclusivity, and I think the values of Fox News and the Trump Organization just align perfectly, and I think both of them would be really on-board with creating an inclusive space for all birds.”

His hope, he added, was that his interview with TheWrap will “encourage other people that are also enthusiastic about the birds of this great city” to get involved. After all, the care and keeping of birds is downright patriotic.

“If the bald eagle has had a proper safe space within this country, then, you know, they wouldn’t be on the verge of extinction today,” he said solemnly.