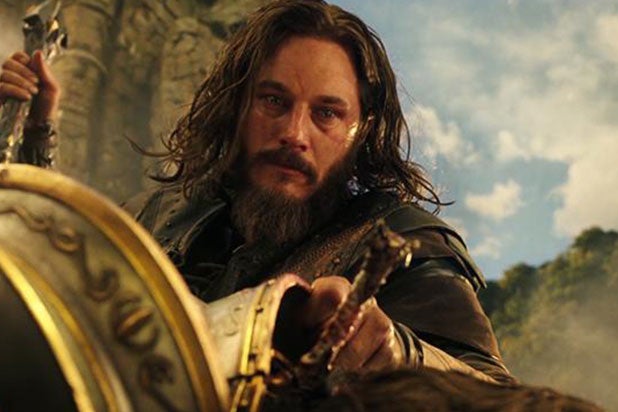 If you like pretty movies with confusing plots and very little payoff, run — don’t walk — to go see “Warcraft.” Everyone else, save your ticket dollars for the summer months.

“Warcraft” is currently quite rotten on critic aggregator Rotten Tomatoes, sporting a 22 percent rating. Just four of 18 reviews were considered “Fresh,” though even those were rather tempered. Maybe the most positive thing we actually read during this roundup process was: “‘Warcraft’ doesn’t suck.”

That’s not promising for the adaptation’s June 10 wide release. At least the CGI sounds solid.

Below are summations of seven film critics’ reviews for the hard-to-follow film, which drew comparisons to “Battlefield Earth,” “John ” and “Dungeons & Dragons.”

‘s own Alonso Duralde writes: “This latest video game adaptation ranks near the bottom of the deadly genre.”

“Imagine ‘Battlefield Earth’ without the verve, or the unintentional comedy, and you’ve got ‘Warcraft,'” our resident critic adds.

Here’s his kill shot: “‘Warcraft’ promises, or threatens, sequels, but then so did ‘Super Mario Bros.’ And come to think of it, if forced to watch either of these video-game movies a second time, I’d probably vote for the plumbers.”

Time Out gives “Warcraft” two of five stars, saying, “Like its ten-foot anti-heroes the orcs, ‘Warcraft’ is noisy, lumbering and not terribly bright.”

“Much of the problem lies with the cast,” Tom Huddleston writes, calling human star Travis Fimmel (pictured above) “a walking charisma void.”

“It’s unfortunate that, like the ugly green baby that becomes central to its plot, the result is a hard thing for anyone but its creators to love,” Olly Richards writes.

He concludes: “The ambition is laudable, but it’s to little end. At once empty and impenetrable, this brings to mind a mix of ‘John ‘ and ‘Dungeons & Dragons,’ regrettably in both themes and level of enjoyment.”

‘s Helen O’Hara believes the film may have actually worked better with the lengthier opportunity afforded by television.

“There are too many mysterious proper nouns being thrown into conversation and at least 12 major characters competing for space,” she writes. “It’s another film … in desperate need of another pass at the script.”

O’Hara does praise director Duncan Jones for staying true to the PC game, but that doesn’t mean it makes a good movie.

William Bibbiani of Crave starts his generally positive online review with a strong statement: “Calling a film like ‘Warcraft’ ‘the best video game movie ever made’ might be damning it with faint praise, but faint praise is something that this film deserves.”

“Duncan Jones‘s ambitious, colorful foray into the mythology of Azeroth is a noble effort but not the sort of thing that will make you forget about ‘The Lord of the Rings,'” he continues. “If anything, it will actively remind you of ‘Willow.'”

“There’s nothing wrong with not being great, so long as you don’t suck,” he concludes. “And ‘Warcraft’ doesn’t suck.”

Warcraft managed three of five stars over at Total Film, but despite hitting that 60 percent threshold, the review is still counted as “Rotten” on Rotten Tomatoes, for some reason.

Perhaps this is why: “Jones embraces Warcraft’s world with laudable commitment: but when it comes to charging it with life, sheer bulk gets the better of him,” Kevin Harley pens.

While the film aesthetically looks good, “plot problems” and too-short battle scenes troubled Harley, who called the effort “both rushed and dull, impressively staged and disengaged.”

“Warcraft” was back at two of five stars for The Independent and critic Jack Shepherd.

“Unfortunately, ‘Warcraft’ will do little to ensnare those not already enamored by Azeroth’s long and complicated history,” he writes. “While visually spectacular — the CGI is phenomenal — attempting to understand this world and relate to these characters is something of a challenge.”

Even the former “World of Warcraft” gamer stated that it’s “almost impossible” to keep up with all of the characters and subplots. That’s not a good sign for the layman, or the box office.