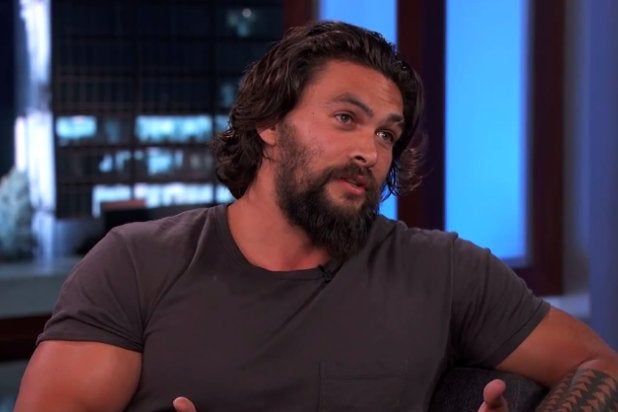 A standalone “Aquaman” movie is swimming its way towards the big screen, as Warner Bros. has hired Will Beall and Kurt Johnstad to write separate screenplays in an effort to speed up the development process, an individual familiar with the studio’s plan has told TheWrap.

Jason Momoa will play Aquaman in Zack Snyder‘s “Batman v Superman: Dawn of Justice” and its follow-up, “Justice League,” though Warners has yet to confirm Momoa’s role.

Aquaman is expected to play a minor role in “Batman v Superman” before becoming a more central character in “Justice League.”

Warner Bros. recently announced release dates for nine untitled DC Comics movies, with “Aquaman” expected to be among them.