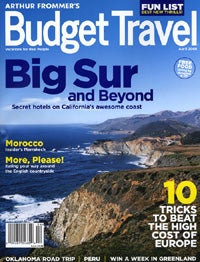 Here’s one story about the magazine business with a (more or less) happy ending.

The Washington Post Company announced today that it will sell Budget Travel, a struggling title launched in the 1980s by Arthur Frommer, to something called Fletcher Asset Management, an investment-management company.

Financial terms were not disclosed. The deal is expected to close by the end of the year.

Good news: the current management team will remain in place. Better news: The staff at the magazine will be kept "essentially" in place.

Here’s Newsweek CEO Tom Ascheim’s statement on the sale: "We have been proud to publish Budget Travel, a magazine and website that has won many awards and is well respected in the industry. We are delighted that under the ownership of Fletcher, Budget Travel’s legacy will carry on and its staff will continue to do their great work."

Budget Travel was part of the WaPo Co.’s Newsweek Group, which, like most magazine publishers, has been hemorrhaging ad revenue in recent years.

Now the Washington Post can focus on turning around one magazine – Newsweek – and keeping its namesake newspaper afloat.