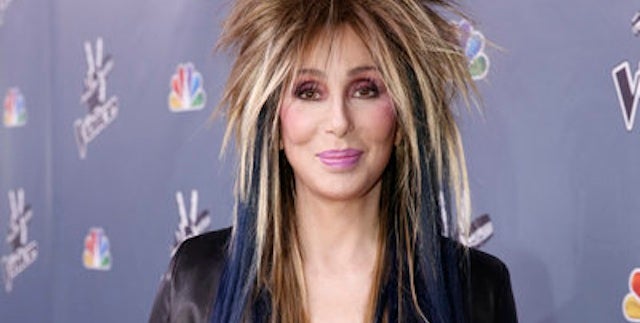 Call 911, because Andy Cohen is probably having a heart attack.

Bravo just announced that the iconic Cher will be appearing on Cohen's late night talk show "Watch What Happens Live" on Thursday at 11/10c.

Apparently, it will be her first late night TV show stop in support of her upcoming album, "Woman's World."

"From Plead-the-Fifth to finding some hidden gems in 'The Vault,' Cohen will leave no stone unturned as he will make Cher‘s first visit to the clubhouse a memorable one," the network promised.

The network's female-skewing audience is a good fit for the actress and pop star's own following: "Watch What Happens Live" regularly beats other cable talkers such as E!'s "Chelsea Lately," TBS's "Conan" and Comedy Central's "The Daily Show" among women 18-49 and women 25-54 demographics.

Cher recently made her first television performance in more than a decade on last week's "The Voice" season finale on NBC.