During the opening weekend at SXSW, many filmmakers focused on whether the movies being screened would ever find distribution. 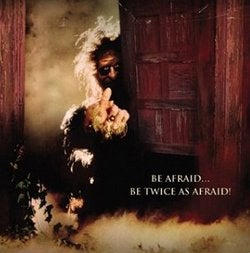 ry about the cult appeal of 1990’s “Troll 2,” premiered to a sold-out crowd at the Alamo Ritz on Saturday, followed by a screening of the movie itself. Director Michael Stephenson said he had been approached by several distributors, including MGM, which owns the rights to “Troll 2.” Should the documentary go that route, it could come out in conjunction with a re-release of “Troll 2.”

Such complex release strategies have become increasingly popular. Last week, Austin-based distributor Bside announced plans to distribute the SXSW documentary "Rip: A Remix Manifesto," a survey of remix culture that focuses on the multilayered samplings of a young musician named Girl Talk, in partnership with DVD distributor Disinformation. (Bside also worked on the successful grassroots DVD campaign for “Super High Me.”) On a panel Saturday about self-distribution, Bside founder and CEO Chris Hyams mentioned the company’s plans to launch their first distribution deal for a narrative feature, the details of which will be announced next week. Although he remained intentionally vague, Hyams said that the movie starred a popular comedian with “a loyal following,” following in step with Bside’s strategy of marketing films to a devout audience willing to sustain them.

Another distributor experimenting with new release strategies, IFC, brought several movies to SXSW in conjunction with their premieres on the company’s Festival Direct cable channel. Titles include the SXSW 2008 sleeper hit “Medicine for Melancholy” and Joe Swanberg’s “Alexander the Last.” During an IFC party at Karma Lounge following the Austin premiere of Swanberg’s film, a number of SXSW regulars circulated the room, expressing satisfaction with the usually divisive filmmaker’s new work.

However, not everyone seemed at ease. Many movies at SXSW that have garnered plenty of buzz remain unsold, including Andrew Bujalski’s “Beeswax.” The director, whose name first gained traction at the festival with “Funny Ha Ha” and “Mutual Appreciation,” cast current SXSW film producer Janet Pierson in his latest movie. At the IFC party, Pierson noted the strange situation that led her to introduce — as a programmer — a movie in which she appears. Pierson acted in the film in 2007, before she replaced former SXSW film producer Matt Dentler. Now, “Beeswax,” with its Austin setting and local flavor, has become a quintessential SXSW movie — but it has not yet landed a distribution deal. A movie that truly fits the SXSW scene does not always guarantee industry appeal.

Companies like Bside and IFC demonstrate the changing face of the film distribution game, a factor that became all too apparent last year when a number of studios’ indie film divisions closed down. One of the most visible casualties, Picturehouse, owed much of its success to veteran distributor Bob Berney, whose appearance at SXSW in conversation with producer John Pierson concluded with a sense of hope. Berney stated a specific interest in getting back into independent film distribution. "Not like Picturehouse," he said. "We have to believe we can cut back on certain things and adjust our whole way of marketing films to make money. I hope, in a few months, we’ll be back."