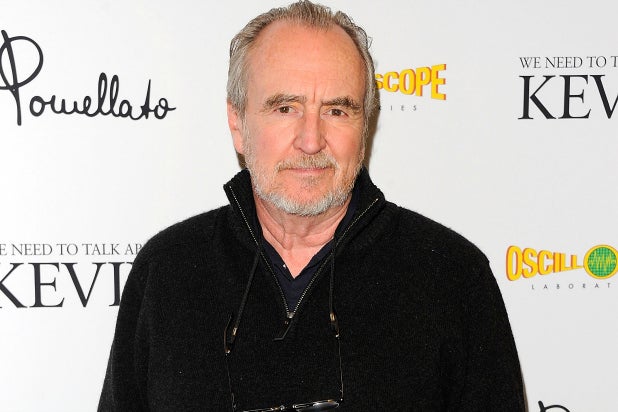 “Wes is an icon whose films have captivated audiences for decades,” said Olmstead. “We’re thrilled to be working with him, and to be able to bring his enormous talent and unique blend of horror, humor and intelligence to television.”

“Universal Cable Productions is the home of an amazing slate of TV programming and I’m delighted to be working with them,” added Craven. “Fasten your seatbelts.”

Two projects are currently in development at Syfy. Here are the descriptions, in the cable channel’s own words:

“We Are All Completely Fine,” based on the book by Daryl Gregory, tells the story of an enigmatic psychologist, Dr. Jan Sayer, who gathers survivors of five horror movie scenarios in a support group — and unwittingly unlocks the evils of her patients’ pasts. As their traumas are brought back to the surface, they uncover which monsters they face are within … and which are lurking in plain sight. Wes Craven is attached to write the script, and has signed on to direct the pilot. Craven, Ben Smith & Jeffrey Weiner from Captivate Entertainment, and Sara Bottfeld from Industry Entertainment will executive produce.

“The People Under the Stairs” is based on Wes Craven‘s classic 1991 film of the same name. When a young woman goes missing at the grand Robeson Family Manor, her search unveils the centuries-old horrors that lie deep within the estate. It is a contemporary Downton Abbey meets Amityville Horror. Craven, Shep Gordon from Alive Productions, Michael Reisz, and Tracey Murray and Sara Bottfeld from Industry Entertainment are set to executive produce. The project will be written by Michael Reisz.

Another project UCP is developing with Craven is “Disciples,” which is set in the near future where the ultra-wealthy have colonized moons throughout the solar system. One colonist, McCauley Richmond, has built a new society on Ganymede, the largest moon of Jupiter, where his flocks of cultists worship him.

Three “deep-space” private eyes have been hired by a high-ranking Senator to venture out to Ganymede and retrieve his teenage daughter who’s been brainwashed into joining Richmond’s cult.

Craven is repped by WME, Industry Entertainment and Ziffren Brittenham.