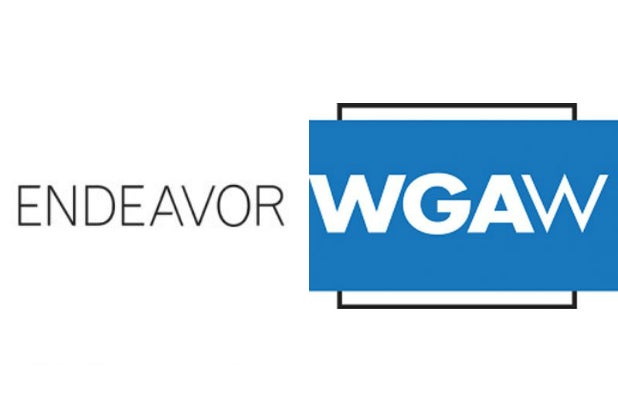 WME parent company Endeavor is concerned that the dispute between the Writers Guild of America and Hollywood talent agencies will hurt the company’s finances and operations as it prepares for an initial public offering on the New York Stock Exchange.

On Thursday, Endeavor made its plans to go public official, filing its registration statement with the Securities and Exchange Commission.

As part of that filing, the talent management and entertainment company was obligated to provide a list of risk factors as it seeks potential investors — among them, Endeavor pointed to WME’s reliance on certain franchise agreements with unions and guilds, and the current negotiations and lawsuit with the Writers Guild of America.

“The outcome of the dispute, including the commercial landscape that will exist in the future between writers and agents, could have an adverse effect on our business,” Endeavor said.

“As with the WGA dispute, any revocation, non-renewal or termination of our or our clients’ franchises or licenses, including but not limited to the Artists’ Manager Basic Agreement, any change in our client representation business’ ability to generate new future packaging revenues or its ability to affiliate with other Endeavor companies that produce content,” the filing continues, “or any unexpected change in franchise or licensing requirements, could have an adverse effect on our business, financial condition and results of operations.”

Endeavor’s filing comes during an ongoing dispute between WME’s member organization, the Association of Talent Agents, and the WGA over the practice of packaging and, as the WGA sees it, a growing conflict of interest for Hollywood’s top talent agencies.

“It is impossible to reconcile the fundamental purpose of an agency — to serve the best interests of its clients  — with the business of maximizing returns for Wall Street,” the WGA said in March, after the Wall Street Journal reported Endeavor’s plans for an initial public offering.

The WGA has been at odds with agencies and the ATA over packaging fees — fees collected by an agency from a studio or network for bundling talent it represents and presenting that multi-pronged project to the studio or network. The practice has become a major source of income for top Hollywood agencies, effectively making them producers on a movie or TV show.

Back in March, the guild and its members voted to implement a new code of conduct that called on Hollywood talent agencies to put an end to packaging fees.

The impasse over packaging fees has led the WGA to require its members to only work with agents who refuse to collect packaging fees, something none of the top agencies have agreed to do. In April, writers began firing their agents who worked at agencies that refused to sign the WGA’s code of conduct, resulting in more than 7,000 WGA members signing letters firing their agents. Endeavor said in its filing that the majority of its writer clients have sent the agency termination letters.

What’s more, the WGA and eight member writers filed a lawsuit against the top four Hollywood agencies, of which WME is one. Endeavor addressed this in the filing on Thursday, saying the result of the lawsuit could have an adverse impact on the business.

Luckily for Endeavor, the WGA and ATA this week agreed, thanks to a push from UTA co-president Jay Sures, to resume talks over a new franchise agreement. An exact date has not been set, though Sures suggested that talks resume next week.