Mel Gibson’s divorce from Robyn Moore, after 28 years of marriage, has the media aflutter reporting that this could be one of the priciest splits in history for a Hollywood couple.

In the divorce papers, Moore cited irreconcilable differences and is seeking joint physical and legal custody over their minor child, Thomas (one of seven children), as well as spousal support and attorney’s fees. 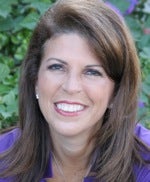 People.com estimates Gibson is worth about $1 billion, saying he made $600 million from "The Passion of the Christ," $100 million or more in real-estate investments (he bought an island in Fiji for $15 million in 2004 and has a 26-million, 400-acre ranch in Costa Rica) and $75 million from film and TV projects he executive-produced.

If Gibson has to pony up a lot of cash, he’d be following in the footsteps of other celebrities who faced big payouts to their spouses: Michael Jordan owed $168 million to his former wife Juanita after their divorce in 2006; Steven Spielberg paid $100 million to Amy Irving after their 1989 divorce, and after their 1994 split Neil Diamond had to pay his ex Marcia Murphey over $150 million.

To get the real scoop on the Gibson divorce, TheWrap talked to Stacy Phillips, a founding and managing partner at Los Angeles family law firm Phillips, Lerner, Lauzon & Jamra, whose clients include Bobby Brown, Corina Villaraigosa and the conservators in Britney Spears’ family law matters.

Everyone’s saying this could be one of the priciest divorces ever. Do you agree?

We need to put this in perspective. The wealthier clients typically are the business clients. What people think you’re worth and what you’re worth are two very different things.

So you don’t think he’s worth $1 billion?

Even if he did make $600 million from "Passion of the Christ," he had to slice and dice that up between all of his agents and managers. And he has to pay taxes on it. It’s still a lot of money, but it’s not $600 million.

Whatever he’s worth, his wife is entitled to half of that sum?

Under California law, if there’s no pre-nup or agreement, she gets half of whatever he earns during the marriage from services rendered — plain and simple. That’s the public policy. Plus, she raised all of those kids, and there’s something to be said for that.

British actor John Cleese halved his payout to his wife last month after convincing a judge that he didn’t earn the kind of money he used to and was therefore not required to support his ex-wife in the style she’d become used to. Could Mel try that argument?

I think that would be irrelevant here. On a permanent basis, support is based on need and how long they’ve been married. One of the key things is: Is there enough money on an income basis to allow each party to live to a standard they had during their marriage. So if they have enough liquidity, it should be OK.

What could be revealed in the divorce papers?

People are very interested in whether he had another relationship, which in California is completely irrelevant. It’s only relevant if something was done inappropriately in front of a minor child or if he spent community dollars on that person. If he’s had a relationship since then and he and his wife are separated and he used separate monies from services rendered from post that time, that’s okay. So the date of separation is important.

Could that be why he listed a specific date of separation in his papers, while she did not?

How do you determine if a couple was separated?

There are different indices to determine that. Moving out is one. Not having an intimate relationship … a lot of people don’t have that, though. Not going out as a married couple. You might do things as a family, but you’re not socializing as a family like married couples do. Opening up new bank accounts. Telling other people you’re not married. If you start to go to counseling to keep your marriage together, it is not an indication of being separated.

Do you think it’s likely they will come to a settlement instead of engaging in a court battle?

I would hope they would settle. There’s enough money to go around, and they have very able lawyers and business advisers working for them. Unless there’s something to fight about, I’d think they want to keep it quiet. And they can do their fighting with a retired judge, like Jennifer Aniston and Brad Pitt did. Charlie Sheen’s divorce was public because of domestic issues. But these two, I would hope, should do it privately.

Might there be any benefit for Robyn to make this public?

Well, Mel’s the goose laying the golden egg, so if it’s going to hurt his ability to get projects and work in the future, that would hurt her as well. That being said, people do still flap their lips.