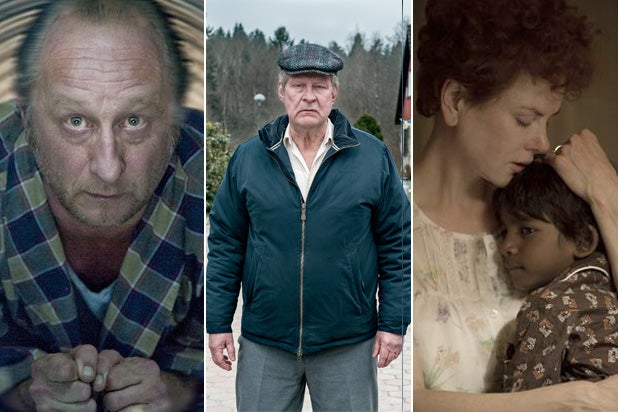 Billy Wilder, who knew a few things about audiences and how to make crowd-pleasing movies, once said, “Every person out there is an idiot, but collectively they’re a genius.” Note that these movies need not be spawned in Tinseltown. A new international wave is now lapping at our shores, offering a cultural evolution, wonderful alternatives to dumbed-down, derivative Hollywood retreads.

After programming 10 weeks of Arthouse Film Festival screenings this fall, I witnessed what pleased the crowds the most:

We opened with “A Man Called Ove” (pronounced OO-vay), a black comedy from Sweden, adapted from the best-selling novel by Fredrik Backman and expertly directed by Hannes Holm. It features a cranky, grief-stricken protagonist who is rudely interrupted by his annoying neighbors every time he tries to commit suicide. Hysterical, right? You can imagine this had them rolling in the aisles in Stockholm, but in America? No way, Ove.

This film is built upon strong and universal themes of a community surviving and prospering by helping each other overcome giant obstacles, the essential human desire to be needed, and how life is so much sweeter when it is shared. The characters make their points with biting satire and broad farce. We recognize ourselves in these people. We identify and empathize with these characters. They endear us and we root for them.

Ove is played by Rolf Lassgard, who may have channeled Walter Matthau, then dialed up the obsession levels and expanded the physical comedy. With little marketing, the film has become the highest-grossing subtitled film in the U.S. this year, and a worthy candidate for an English-language remake.

How many laugh-out-loud comedies does Hollywood produce each year? Not many. But the tiny country of Belgium seems to deliver more than its share. Coming in December, “The Brand New Testament” has a brilliant screenplay structure with a whacked-out premise. What if God was a hyper Archie Bunker-clone who lived in a Brussels high-rise, tormenting his wife and daughter at home while creating an endless stream of cruel jokes on humanity via his desktop computer? And what if God’s daughter got her revenge on Him by hacking his computer to disclose his biggest secret? And then all hell breaks loose.

Director Jaco Van Dormael’s fantastical world might have been painted by Hieronymus Bosch had he been born about 500 years later. Bosch, the Monty Python crew, Tim Burton, Wes Anderson or any aspiring farceur could find inspiration in this wildly entertaining surrealist invention.

For all its religion-exploding ideas and depictions, the story has childhood at its heart. We see the world through the eyes of God’s 10-year-old daughter, played by Pili Groyne. Twenty years ago, you would have cast Anna Paquin or Natalie Portman in this role. Pili is talented enough to follow in their footsteps. Here, she carries the load of the narrative, recruiting a new posse of apostles, and leading them to address humankind’s confusion. God’s fate is not so kind.

Belgium is also represented by the Brussels-based team of Fiona Gordon and Dominique Abel, who write, direct and star in “Lost in Paris,” a frantic, hysterical, Buster Keaton-Charlie Chaplin-Jacques Tati-inspired romp through the City of Light.

Dorky Canadian librarian Fiona rushes to Paris to help out her batty Aunt Martha, but instead plunges into the Seine, loses her belongings, and is literally swept off her feet by Dom, a homeless guy entirely motivated by instant gratification. They team up to search for Martha, and mayhem ensues.

Fiona is a gawky but lovable blend of Olive Oyl and Carol Burnett. Dom is a Euro-sprung Michael Richards. They favor farce over satire, but are adept at both. Married and working together for over 30 years, they choreograph several riotous dance sequences and a couple of hilarious eulogies. Nobody is making movies like this nowadays. It opens in January.

And so the foreign invasion is coming. Bearing the weight of subtitles, without the heavy artillery of pre-branded mass-marketing, it relies on its awesome secret weapon: word-of-mouth. (That kind of approach will also favor first-time feature director Garth Davis’ mostly English-language tear-jerker “Lion,” a crowd-pleasing awards-bait drama with real blockbuster potential.)

Will America be conquered? Can Hollywood change? Is cultural evolution real, or was Darwin just kidding? Does Billy Wilder have a Twitter account in heaven? The answers can be found… at the movies.

View In Gallery
BIO Chuck Rose
Since founding Arthouse Film Festival in 1991, Chuck Rose has curated 1,774 movie premieres and interviewed 1,110 filmmakers and actors. His symposia have been sponsored by Universal Pictures, SAG-AFTRA Foundation, Rutgers University, Kean University, Caldwell College and many other film industry, academic and arts organizations. He previously worked in the story department at Orion Pictures, served as a contributing editor at Movies USA and wrote articles for The Hollywood Reporter. Rose is an alumnus of the Warner Bros. Writers Workshop, and holds a Masters degree in Cinema from USC and a BFA from NYU.

Since founding Arthouse Film Festival in 1991, Chuck Rose has curated 1,774 movie premieres and interviewed 1,110 filmmakers and actors. His symposia have been sponsored by Universal Pictures, SAG-AFTRA Foundation, Rutgers University, Kean University, Caldwell College and many other film industry, academic and arts organizations. He previously worked in the story department at Orion Pictures, served as a contributing editor at Movies USA and wrote articles for The Hollywood Reporter. Rose is an alumnus of the Warner Bros. Writers Workshop, and holds a Masters degree in Cinema from USC and a BFA from NYU.