In opening up this year’s field of Best Picture nominees to 10 contenders instead of five, the Academy of Motion Picture Arts and Sciences made the first fundamental change in decades to the most important award ceremony in the entertainment industry.

The move will have a major impact on the season that grips Hollywood from about September to February of every year. 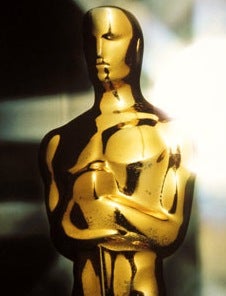 And the reaction from the community was decidedly mixed.

While some thought the change would be great for the town at large from a business perspective by broadening the competitive field and driving more DVD releases, others thought the decision devalued a nomination by making it twice as available.

The indie world, however, rejoiced, since an Oscar nomination for a smaller film can have a direct impact on an arthouse movie’s chances at the box office.

"The nomination is everything, and companies will be willing to risk a lot more to get that nomination," Bob Berney said.

Berney has a lot riding on this decision himself because of his as-yet-untitled distribution company’s Jane Campion release, "Bright Star."

"Bright Star" is a perfect example of a movie that may very well land a nomination and would therefore get a bigger push, which in turn would mean bigger box office and a higher profile. (For more indie reaction, see accompanying story.)

But one Oscar voter who is producing major movies this year but declined to be identified, said, "This is awful. It devalues the nomination. It could have an adverse effect if the ratings don’t improve. The Oscars always had an exclusive feel, and that was one of the big appeals for fans and the industry at large."

In explaining the decision, Academy of Motion Picture Arts and Sciences President Sid Ganis said the Oscars were returning to a different time. “After more than six decades, the Academy is returning to some of its earlier roots, when a wider field competed for the top award.” (From 1932-1943, the Academy nominated 10 pictures for the category.)

But in reality, the Academy has been under pressure to get better ratings for its telecast at a time when all awards shows have been struggling to compete with diminishing audiences.

The Academy earns a hefty paycheck from its contract with ABC, and with declining ratings, something had to be done to keep everyone happy.

This February’s show, hosted by Hugh Jackman, was viewed by an estimated 36.3 million, up from the 2008 telecast by almost 5 million.

But Ganis said the Academy isn’t satisfied. “China is now a market for the Oscar show,” he added. “It’s growing in certain segments around the world, and hopefully will continue to grow domestically.

Many — including Ganis himself — contend that the Academy’s decision was in direct response to Warner Bros.’ smash "The Dark Knight" — which made $1 billion worldwide and was critically lauded — having been overlooked.

“We talked about everything,” Ganis said of the decision-making process. “I would not be telling you the truth if I didn’t say the words ‘The Dark Knight’ didn’t come up along the way. But other movies came up.”

Another segment of the industry that was delighted were the trades, whose revenue in a down economy depends more than ever on the For Your Consideration ads that run from October until February.

"It’s going to save Variety and the Hollywood Reporter," one film director who did not want to be named told TheWrap. "It’s going to quadruple the amount of ads — especially for all the foreign films and independent films who never had a reason to spend the money."

Sony Pictures Classics is another company that stands to benefit greatly, but president Tom Bernard doesn’t see any additional boon regarding the advertising business.

"I just think that print doesn’t have the impact it once had," he said. "But you’ll see a lot of it on the Internet — it’s where people get the news now. It’s what the industry reads during the day."

One of the many issues after Wednesday’s decision is that the 5,800 members of the Academy that vote fo Best Picture will feel overwhelmed by the number of films they’ll be expected to screen — often in their own living rooms via the screeners that indies and studios have relied on so heavily.

Murray Weissman, who runs his own public relations company and has been a member of the Academy for 30 years, says he doesn’t mind at all.

"I have no problem watching more films," he said. "I’ll be watching the better films if they surface to the top 10. I think it’s one of the most progressive moves in decades. The only negative would be, as they produce the show, they have to get these 10 nominations in without it being a marathon."

As for the business implications of the Academy’s decision, Bernard thinks the DVD distribution will be affected, and more DVDs will be rushed into release in the winter, to build buzz for the nomination process. "Companies will gear their DVDs to come out during the campaign season."

One category that stands to benefit from Wednesday’s decision is animation, which as a whole, has been a topic of debate. Only once — in 1991 for Disney’s “Beauty and the Beast” — has an animated film been nominated for Best Picture.

The animated feature category was established in 2002; last year, Pixar’s "Wall-E” won that Oscar, and there has already been speculation that if “Wall-E” could not make the cut, Pixar’s critical success “Up” would similarly face an uphill battle this coming season. As would DreamWorks’ "Monsters vs. Aliens" and Disney’s "Ponyo" and "A Christmas Carol."

"It’s hard to say at this stage what it all means, but it would be extremely gratifying if it translated into more opportunities for animated movies," said Jasmine Madatian, senior vp at Walt Disney Studios Motion Pictures who handles all Oscar issues for the studio.

Even some award winners seem OK with the idea. “It is opening the possibilities for more films — and increasing interest in the awards and the films. I think this will translate into higher box office,” said three-time Oscar winning sound mixer Michael Minkler, who serves on the Sound Branch Executive Committee.

The discussions to expand the nominations began during the review process after February’s Oscar telecast.

The Board of Governors has a 15-person committee that considers rule changes every spring and recommends them to the entire board at the June meeting.

One of the Governors involved in the discussion on the committee level says that when the idea of expanding the field was raised, it was quickly embraced as a simple way to have a wider and more appealing group of nominees. The committee unanimously supported the plan and presented it to the 45-member Board Tuesday night.

Initially, the plan was that if the Board adopted the change, the Academy would notify the press Wednesday morning about a press conference to be held tomorrow.

But the Oscar staff decided that there would be no way to keep the news under wraps once the Board voted. So they scheduled this morning’s press conference a couple of days ago, with a plan to call it off if the Governors voted against the change.

At Tuesday night’s Board meeting, support was almost unanimous. According to some who were at the meeting, only one voiced "mild opposition" on the grounds that it would dilute the value of a nomination. That Governor abstained from voting, but everybody else voted in favor.

Ganis’ term as Academy president concludes in August, when a new president will be elected. Decisions such as who will produce this year’s show will be made after the transition.

The 82nd Academy Awards nominations will be announced on Feb. 2. The Oscar ceremony returns to the Kodak Theatre on March 7 and will be televised live by ABC.