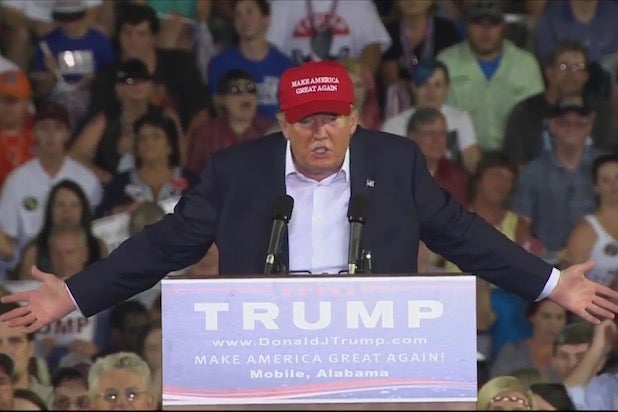 Donald Trump will go down as the greatest television personality of our time. His poll numbers reflect this fact and nothing more. However, as a result of this strong brand position — and larger-than-life TV persona — his longevity as a political brand may be short-lived.

If we consider for a moment Mr. Trump’s very own show “The Apprentice,” which began in January 2004 and changed its format after six season to “Celebrity Apprentice,” we see a trend. This can be used to assess the robustness of the Trump Brand over time.

Using this six-season “Apprentice” model that shot 20 episodes per season, viewers were exposed to about 120 hours of Trump time. If we conservatively estimate that the average person sees one hour of Trump coverage per day — which is only about 20 percent of their average daily viewing — it will take about 120 days, or four months, for Mr. Trump’s numbers to decrease.

This analysis is consistent with the ratings for “The Apprentice,” which dropped from 20.7 million total viewers in Season 1 (ranking No. 7 for broadcast network shows) to 7.5 million in Season 6 (ranking 75). The drop sparked the change to “Celebrity Apprentice.”

The biggest obstacle facing any TV personality, which includes Donald Trump, is overexposure or brand fatigue by the viewers. The American television public simply gets tired and wants to see something different.

This is one reason for Trump’s popularity within the political arena; he’s fresh and unconventional to traditional political brands. However, too much of a good thing gets old very quickly.

Entertainment managers and political consultants know this and keep a tight hold on the number of interviews their principals will do for fear of overexposure. President Obama and Ronald Reagan knew this and had very few press conferences.

Trump, on the other hand, adores being the center of attention and doesn’t give a fig about brand fatigue. For the Donald, more is more, which in time could pose a problem in terms of likability of his brand to even his supporters. “The Apprentice numbers speak for themselves and must be a concern for Trump loyalists. 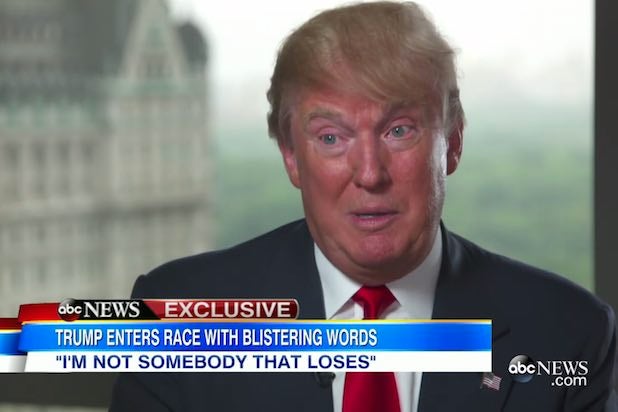 Some have said they support Mr. Trump because he gets things done. But a private/public sector distinction must be considered. These folks must be reminded that this ability is true in business by great managers like Trump, however it’s not true in politics or government.

Jimmy Carter knows this all too well, learning the hard way when he wanted something done in the White House shortly after he took office. It took weeks before it was accomplished. By the time it was done, the issue had gone away. Say what you want about politicians, but they understand this idea of “brand distance” toward voters.

TV personalities like Donald Trump do not. Trump is a rich man who has little in common with most people he meets. For TV types, “more is more” — especially when promoting their respective personal brands.

Those who say that politics is a “rough and tumble” business have never experienced the heartless world of television, where one lives or dies by the ratings.

And when Trump’s poll numbers begin to wane as his ratings did with “The Apprentice,” he will be fired by the networks, just like any other television personality.

Oh, the last candidate standing, if smart, should take the best Trump issues — solving America’s problems — and make them his/her own. Now, that’s smart marketing, which means: It is always easier when you have it in mind.

View In Gallery
BIO John Tantillo
John Tantillo is branding editor for Fridge Magazine, a publication for small business owners and entrepreneurs, and is the author of "People Buy Brands, Not Companies."

John Tantillo is branding editor for Fridge Magazine, a publication for small business owners and entrepreneurs, and is the author of "People Buy Brands, Not Companies."