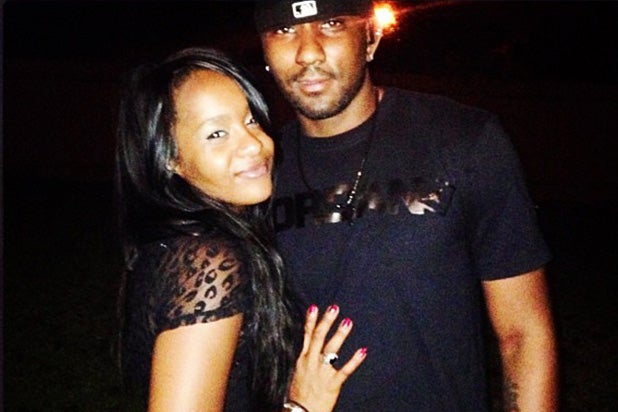 Nick Gordon may finally get his chance to see girlfriend Bobbi Kristina Brown as she fights for her life after being found unresponsive in her bathtub on January 31.

Ian Halperin, author of the newly published “Whitney & Bobbi Kristina: The Deadly Price of Fame”  (Gallery Books), told TheWrap on Thursday that he can help get Gordon the access to his girlfriend that he’s been seeking, if Gordon passes a polygraph test.

“If agrees to take a polygraph and answers the questions about what happened that night, and if he passes the polygraph with a high accuracy rate, I know I can get him access to see Bobbi Kristina,” Halperin said.

The author says he’s arranged for a polygraph expert who’s worked with him on previous projects —  “one of the world’s leading polygraph examiners”  — to administer the test.

Halperin added that he has a contact who’s “good friends” with Bobbi Kristina’s father, Bobby Brown. “I’ve contacted this person, and they’ve agreed: If Gordon passes the polygraph and it all checks out, they’ve agreed to present it to and to try to get him to let see Bobbi Kristina, and I think that’s fair,” Halperin noted.

In the months since the January accident, Gordon and the Brown family have had a highly contentious and very public back-and-forth about whether Gordon should be allowed to visit Bobbi Kristina. The celebrity offspring’s aunt, Leolah Brown, has claimed that Gordon is under investigation for attempted murder for his role in connection with the near-drowning. Meanwhile, Gordon has repeatedly pleaded to see Bobbi Kristina — who according to her grandmother Cissy Houston has “global and irreversible brain damage.” Gordon even claimed on social media that she will “wake up” if he’s allowed to see her.

Gordon  entered rehab in March, following an interview/intervention taped for “Dr. Phil” during which Gordon admitted to drug and alcohol abuse.

But Halperin believes that fences can be mended if Gordon can prove via the polygraph test that “he had no involvement and he didn’t have any criminal involvement” in Bobbi Kristina’s incident.

“That’s the only reason that they’re denying him access, because they’re worried about his suspicious role,” Halperin said. “A lot of the Browns are convinced that possibly was involved in what happened.”

Halperin noted that he’s willing to pay for the test, as well as for flying Gordon out to have it administered.

“We can clear this up today or tomorrow — as soon as he wants,” Halperin asserted.

“If he’s telling the truth, I think ‘s open and a good guy and smart enough to realize that it’s time to let him see Bobbi Kristina,” Halperin noted.