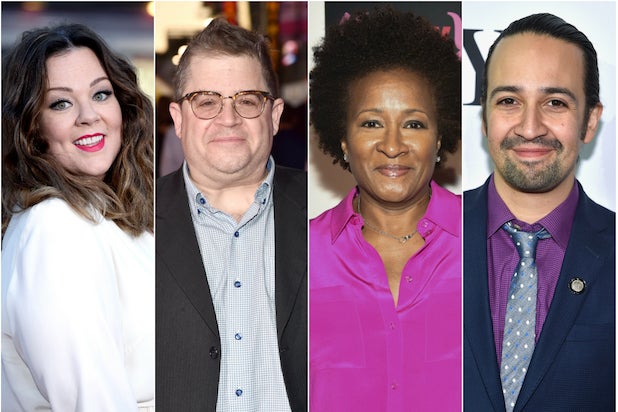 Kevin Hart has stepped down as the host of the Oscars. And it’s hard to imagine who right away would want to jump in and take this often thankless job. But someone has to do it (though not necessarily, as the 61st Academy Awards Ceremony proves).

Short of getting a reliable former host like Billy Crystal, Ellen DeGeneres or Jimmy Kimmel, many film critics and Oscars fans online have thrown out suggestions, which includes Tina Fey and Amy Poehler, who have hosted the Golden Globes to great success for several years in a row. Key & Peele, were also a popular suggestion. Hannah Gadsby is another name that has popped up as well.

Many of the stars who may be at the ceremony have voiced their nominees as well. Actress Busy Philipps tweeted out her wish list of Oscars hosts directly to the Academy. She named Issa Rae, Sarah Silverman, Ali Wong, Samantha Bee, Robin Thede, Aisha Tyler, “OR ANY OTHER WOMAN WORKING IN HOLLYWOOD RIGHT NOW WHO WANTS TO” as possible selections. Philipps also mentioned that she would be more than willing to host as well.

“Melissa McCarthy should so obviously be the Oscars host I’m irritated even having to say it,” comedian Michael Ian Black tweeted, though McCarthy could be a nominee for her work in “Can You Ever Forgive Me?”

Several critics nominated Wanda Sykes to host, though she has some ideas of her own. “I think Siri and Alexa should host the Oscars,” the comedian tweeted.

“Let @betoORourke host the Oscars. We all like him and it’ll be a real test to see if he can handle an impossible job in front of the world,” tweeted Billy Eichner. A long shot, but okay. Eichner himself wouldn’t be too bad.

Even Ricky Gervais is willing to host. He promises he won’t offend anyone this time.

And if none of those names get the Academy’s attention, you can always nominate yourself.  Or maybe we should just let the Philadelphia Flyers’ new mascot Gritty take care of all this

See some of Hollywood’s reactions below:

Ok. @TheAcademy- here you go- ME OR @IssaRae OR @SarahKSilverman OR @aliwong OR @iamsambee OR @robinthede OR @UnapologeticAMC OR ANY OTHER WOMAN WORKING IN HOLLYWOOD RIGHT NOW WHO WANTS TO.

Let @BetoORourke host the Oscars. We all like him and it’ll be a real test to see if he can handle an impossible job in front of the world!

I will not rest until the Oscars are hosted by the cast of Love Simon, the ghost of Harvey Milk and the entire executive board of Planned Parenthood.

If Hannah Gadsby hosted the Oscars, I might actually watch. In part because I'd hope she'd deliver something like this. But she won't be asked, because the most powerful egos in that room are — for the most part — too defensive & thin-skinned https://t.co/0bWisjyrRb

Melissa McCarthy should so obviously be the Oscars host that I'm irritated having to even say it.

I think Siri and Alexa should host the Oscars.

@Lin_Manuel needs to host the Oscars. Tommy Kail needs to direct. They’re really good at the show business. And they’re joyous and kind.

I nominate Sandra Bullock and Cate Blanchett to host the Oscars as part of a “Give the gays what they want (for once)” campaign. Cc @emilynussbaum pic.twitter.com/XEoKqIvQAM

Get The Rock And Gritty to host the oscars. @hmilfeld