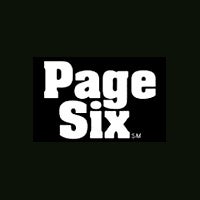 Today is Paula Froelich’s last day at the New York Post. Froelich is leaving her job at Page Six after more than a decade at the must-read gossip column.

Froelich’s departure from Page Six was rumored for weeks — later confirmed by New York magazine — and her e-mail’s auto-response today was elegantly short:

As of Friday, July 24, I will no longer be working at the Post. If this is regarding Page Six, please contact Neel Shah at [REDACTED] or Corynne Steindler at [REDACTED].

If this is personal, I can be reached at [REDACTED].

It’s been a great ride.

Froelich, recent author of a New York Times bestseller, Mercury in Retrograde, is said to be in talks with MTV to develop show based on her young adult novel, "Grits."

The question now becomes, who will replace Froelich as Richard Johnson’s No. 2 at the world’s most famous page? Johnson [below, top] did not return our interview request; Froelich said: “I’m sorry, I can’t discuss — besides, I don’t know!”

But, based on talking to a handful of people familiar with the Page’s inner-workings — and some informed speculation — here the names of some potential candidates being floated, complete with subjective, accompanying odds: 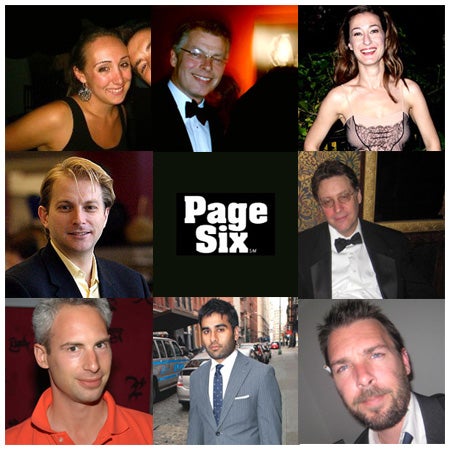 Name: Lloyd Grove
Current position: Editor-at-large, Daily Beast
Pedigree: Former “Lowdown” columnist, Daily News
Rationale: Grove, a grizzled ex-gossip columnist during his tenure at the Washington Post and Daily News, has proven himself equally adept at coverage of the media business, serving as a regular contributor to Portfolio before Conde Nast folded it, and currently editor-at-large for Tina Brown’s Beast. Grove’s got the makeup — and Rolodex — to snap back into gossip. The question is, would he even want to play second fiddle to Johnson? And, as one observer noted, “Col Allan probably did not like Grove’s article on him in New York magazine and generally has a grudge against former opponents.”
Odds: 10 to 1

Name: Ben Widdicome
Current position: Contributing editor, StyleList.com
Pedigree: Columnist, Daily News’ “Gatecrasher”; Star magazine editor-at-large
Rationale: When the longtime “Gatecrasher” columnist and native Australian left the Daily News last year, he told Ian Spiegelman — former Page Six-er, then-weekend Gawker blogger — that he had developed a “peculiar attitude towards scandal.” “Some of the items that have crossed my desk I’ve thought, ‘This really isn’t any of my business.’ Which is problematic for a professional gossip columnist.” But he quickly adjusted that attitude, nabbing a gig as Star magazine’s editor-at-large – a quasi-brand ambassador role vacated by Julia Allison. Now that he’s left that post for the online world, Widdicome could be ripe for a return to print, and the perfect fit for P6.
Odds: Even

Name: Choire Sicha
Current position:
Pedigree: Former editor, Gawker, New York Observer, Radar
Rationale: Few known the New York media landscape better than Sicha, the “second and then again like the sixth or something editor of Gawker” whose work for the New York Observer is well-regarded, as is his breezy new website, theAwl.com.
Odds: 30 to 1

Name: Corynne Steindler
Current position: Page Six writer
Pedigree: Jossip.com blogger
Rationale: The tireless Steindler, whom Johnson scooped up from the now-defunct Jossip, is next in line in Page Six’s pecking order — and worthy — should the paper decide to fill Froelich’s role from within.
Odds: 5 to 1

Name: Neel Shah
Current position: Page Six writer
Pedigree: Gawker, Radar
Rationale: Shah, who began his career as a celebrated Gawker intern, joined Page Six after Radar folded for the third time. But he’s just what a gossip reporter in Manhattan needs to be: fearless. At Radar, for instance, Shah once toured Manhattan coffee shops and restaurants with a bag of confectioner’s sugar to document the public reaction to blatant, broad-daylight cocaine consumption.
Odds: 50 to 1

Name: Jared Paul Stern
Current position: Unknown
Pedigree: Former Page Six editor
Rationale: Stern, who found himself at the center of perhaps the biggest scandal Page Six’s history — in which supermarket magnate Ron Burkle alleged Stern tried to extort thousands from him in exchange for favorable Page Six coverage, to which Stern countersued, alleging Burkle, Bill and Hillary Clinton and the Daily News took part in a vast conspiracy against him — is, to say the least, a longshot. For Stern to even become a candidate, the Post’d probably have to settle that wrongful termination lawsuit he brought against them.
Odds: 1,000,000 to 1