Ah, summer. A time when our DNA seems to call out for us to pay $13 for the privilege of sitting in a cool, dark room to watch a movie. Why fight what’s genetically engineered into our very being?

Yet I find myself week after week at a loss as to what I could possible force myself to see — the key word being "force." So week after week goes by without fulfilling my biological destiny until, finally, I took a minute to think about why the multiplex and I are drifting apart.

I’m willing to admit that I’m particular when it comes to what I’ll watch. A small sampling of what will never be on the agenda includes vampires, explosions, horror and anything that stars Gwyneth Paltrow or Leonardo DiCaprio. I have a predilection for indie movies, that kind that tend to emerge during Oscar season, but I’m also a huge sucker for romantic comedies. (Real ones, I might add, since what’s generally passing as rom-coms these days is neither romantic nor a comedy.)

But I’m not a movie snob. I loved "The Hangover" as much as "Chicago." I love guy movies like "The Godfather" and have watched "Bridget Jones’s Diary" an embarrassing number of times.

There is not one common thread between my choices, which is why I confuse Netflix.

So it’s not surprising that I feel alienated from most movies that come out, especially during the summer.

But I decided that instead of going with my usual option (complaining, whining and the like), I’m going to help Hollywood out by making a few suggestions. Why me? Why not me?

In my version of Hollywood, every day some fresh-faced young Oklahoma farm girl steps onto a Greyhound bus, adjusts the cross above her snug tank top and arrives in L.A. ready to set the world on fire. Amidst all this fresh-meat talent, the same girls are being given leads in movies that consistently fail at the box office. 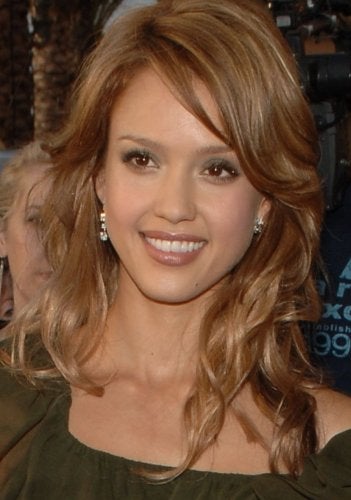 Jessica Alba’s eyelashes show more animation in her Revlon commercials than she has exhibited in any movie. I can rewrite that same sentence by inserting Jessica Biel’s name in there and it’s just as true. In fact, winter’s ‘Valentine’s Day’ even let us do a side-by-side comparison of who was worse. (What was I doing watching "Valentine’s Day"? Desperate times.) And I have to add Sarah Jessica Parker, whose days of playing 35 should be long over. Basically, anyone who’s a Jessica shouldn’t be allowed near a soundstage. There’s also Kate Hudson, whose grating cutesiness is single-handedly crushing the romantic comedy genre.

In case you think I think I’m being sexist, the same rules apply to guys. Matthew McConaughey needs to retire that lazy pseudo-charm and recognize that he’s lucky to have caught one woman with it. Hugh Grant, while still hilarious, should recognize that he’s reached an age where he’s no longer playing the sleazy old roué, he is one. I have also never gotten the appeal of DiCaprio, but he still seems to be the go-to guy for serious movies and, sadly, for Martin Scorsese as well.

Since casting seems to fish in the same polluted pool, let’s try some fresher waters. How about giving Rachel McAdams more work? The girl actually lights up the screen, the way Julia Roberts did in her glory days. Why fake it with someone else when you can get the real thing? Another leading lady who deserves to work more is Jennifer Garner, who gives off a girl-next-door glow that even the worst script can’t kill. She just finished a movie about butter carving, for God’s sake.

As for guys, Ryan Gosling and Bradley Cooper need to be employed more, pronto. They both exude charm but still give the impression of actually having thoughts — maybe even deep ones. And if the roles they happen to be offered involve many scenes of shirtlessness, well, that’s art.

We have the cast, but do we have a movie? It seems the assembly-line method of moviemaking 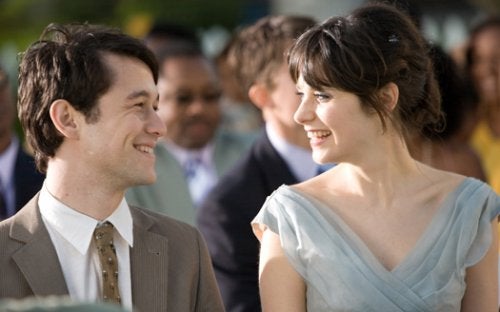 popularized by studios in the 1930s and ’40s is coming back with a vengeance, but with worse results.

In addition to endless sequels and prequels, we’re treated to some of the most pathetic concepts that we’re somehow expected to embrace because they’re in 3D or IMAX. Special effects aren’t moviemaking, they’re an add-on like a pizza topping. To center whole movies around them shortchanges the actors and the audience.

How about letting some fresh talent in the door? "(500) Days of Summer" was one of the best movies I’ve seen in recent years and all because its individuality (not groundbreaking, but not derivative either) was allowed to shine through. I don’t think we should segregate those kind of movies as indie. Why not amp up the budget and try it with bigger stars?

One of the lines writers always quote is, “Write what you know.” Why should movies be any different?

There are enough A-list actors with production deals to focus on what’s interesting to them. And since I like to believe that actors are fans first and foremost, I think that what would interest them would appeal to us. Instead of prestige Oscar winners that no one ever sees, we might get family dramas or gangster movies, war pics or even Westerns. But they’ll be labors of love instead of cobbled-together projects that aren’t beloved by anyone.

It might sound like my requests are selfish, but they’re actually a love letter from a fan. I want to part with my money and go back to that cool, dark room to watch something amazing or even just entertaining. I don’t want it to be “an event” or in brand-new technology that will sear my eyeballs. I just want to see a great movie. So simple in theory, so impossible in reality.