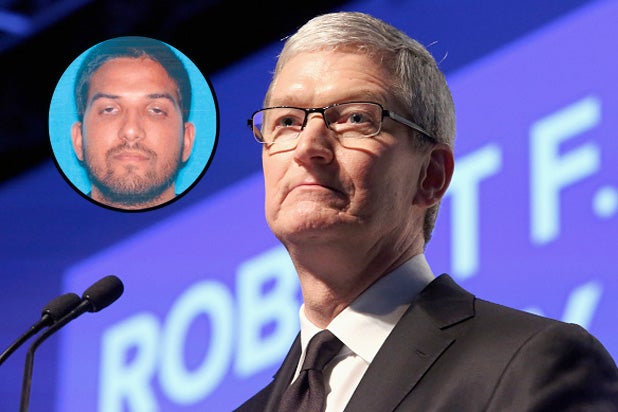 You probably don’t have much in common with the San Bernardino killers, except for this: You have a phone.

That fact is why Apple says it is on your side in its refusal to help the FBI investigate a mass murderer. The gadget giant says helping the government unlock one phone linked to a heinous crime could provides a key to unlocking anybody’s phone.

And Apple fears that once that key is created, the government could use it to learn intimate details of your life — without you even knowing it.

“[Apple’s] argument is of a slippery slope,” said Eric Berg, who previously worked for the Department of Justice on the use of electronic surveillance, and is now special counsel with the law firm Foley & Lardner. “It could open up a Pandora’s box to provide capabilities that could unlock all iPhones, and Apple says that is dangerous enough that it will fight.”

At issue is a cellphone that belonged to San Bernardino shooter Syed Farook, who, with his wife, Tashfeen Malik, killed 14 people in a December mass shooting. The two were killed by police, leaving federal authorities to try to piece together whether they had terrorist contacts who may be plotting more attacks.

The government has sought access to the phone in the name of national security — and a judge this week ordered Apple to help. Apple CEO Tim Cook has refused, on the grounds that a key to unlock an iPhone would be “something we consider too dangerous to create.”

While you may not be using your phone to hatch malevolent plots, chances are you use it to buy things, communicate with people, and figure out directions to places you’re trying to go. All that usage creates a data trove about who you are, where you’ve been and what you’re doing.

Apple and Alphabet’s Google took steps two years ago to better protect all that information. The companies together own the two operating systems that run the vast majority of all the world’s smartphones.

In 2014, both companies developed new versions of their software to automatically encrypt data. That means everything that happens on a phone is scrambled, and incomprehensible without a unique key to unlock it.

You, as the phone’s owner, hold that key. Now, the government is telling Apple to invent a tool that would make it easier for investigators to get into the data through a backdoor.

The government argues that the impact to consumers will be nonexistent. Because it is asking for software that will be loaded on one specific phone and run only on that phone, nothing about your iPhone should change.

“The government is asking for the ability to access information that right now is inaccessible,” said Michael Zweiback, a partner at law firm Arent Fox, who previously led the cybersecurity and computer crimes section of the U.S. Attorney’s Office.

Apple’s argument, he said, is that once such a capability exists, it can be exploited — whether by the U.S. government, another government, or anybody savvy enough to co-opt the technology, whatever the intent.

“Their brand is somewhat at stake,” Zweiback said. “They represent to consumers that this information is beyond the reach of others, not just law enforcement, but government generally, and any others who may have prying eyes.”