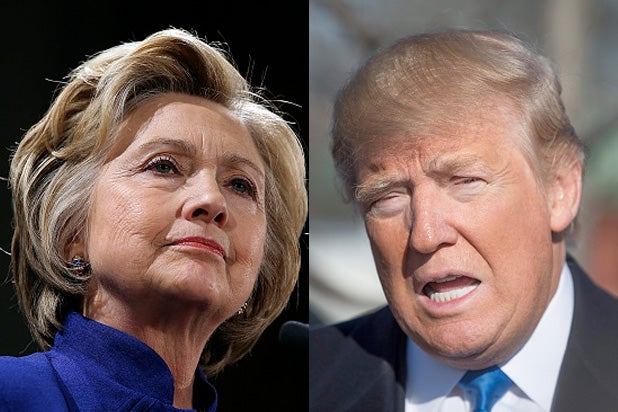 CNN will air two back-to-back documentaries on Hillary Clinton and Donald Trump on Monday night, both of which prominently feature the candidates’ adult children to offer sides of their political parents the public might not be aware of.

In “Unfinished Business: The Essential Hillary Clinton,” her daughter Chelsea reveals that she would “bring boys to the White house” and that she would talk to her mom — but not dad/POTUS Bill Clinton — before they arrived.

“Her dad would sort of try to intimidate them but her mom already knew the scoop because she talked to her mom about boys, which is such an interesting insight into their relationship,” CNN justice correspondent Pamela Brown told TheWrap.

Borger spoke with Republican presidential candidate Donald Trump’s three eldest children, Donald Trump, Jr., Ivanka Trump and Eric Trump, while Brown sat down with Chelsea Clinton. Roughly 60 family members, childhood and lifelong friends, former colleagues and analysts were interviewed for the pair of documentaries, but both hosts believe it was the children who stood out.

Borger says that Trump’s progeny are “important parts of his campaign, not only as his surrogates, but also as advisors.”

“First of all, they’re amazing adult children. They are devoted to Donald Trump,” Borger told TheWrap “We talked a lot about him as a father. And, what was interesting, they always felt that their father made them understand the value of a dollar, and he was always available to them growing up, but on his turf — the office.”

Borger explained that Ivanka shares how she used to call her father from school, and he would always take the call regardless of what important meeting was going on. Her brothers had a different type of relationship with the GOP nominee.

“The boys tell stories about going out on construction sites with him, and that the office was kind of their place to be with him. It was a very different kind of childhood,” Borger said.

Brown found Chelsea as someone who is “very down to earth, very open and very real,” especially for someone who has been in the public eye since childhood.

“She did not come across to me as scripted,” Brown said. “I got the sense she really wanted to give me an honest assessment of her mother.”

Chelsea explained that her mother can be embarrassing, pointing out the time that the Democratic nominee obsessed over the shelf paper inside her college dorm room. On the other hand, Hillary is often the less embarrassing parent when compared to Bill.

“They both [went] to her softball games and her dad would be cheering her on before she even started playing. Her mom would cheer her on in a much more appropriate way,” Brown said of Chelsea’s childhood.

“Chelsea kind of brought us into the behind-the-scenes moments when Hillary was just a typical mom,” Brown said.

Combined, Brown and Borger conducted more than 60 interviews for the pair of documentaries. Hillary participated in the Clinton version, while Trump opted to let his friends and family represent him. The documentarians waited to work on their respective films until it appeared each candidate was officially the party’s nominee before diving in.