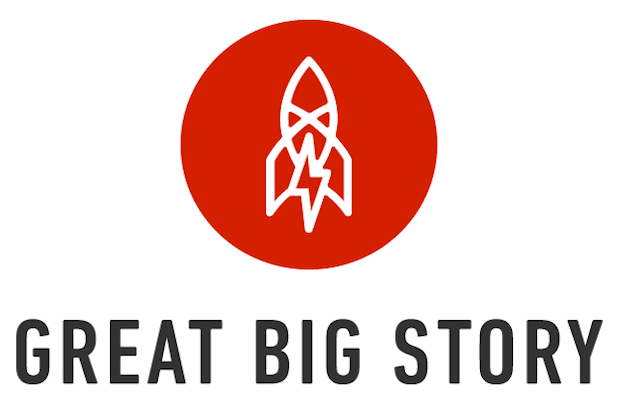 Great Big Story is the first company that CNN has launched in 35 years that does not feature the cable news network’s logo. It’s billed as a “startup with a head start,” since it relies on the resources of both CNN and Turner.

“We have one of the greatest brands in the world, CNN. That means so much, those red and white letters,” Great Big Story co-founder and CNN EVP Andrew Morse told TheWrap.

And while they respect their legacy, Morse went on to explain what makes the Great Big Story stand out. “There are stories to be told outside of the news space. CNN has this great storytelling legacy but we felt, to do it authentically, the way to reach this audience was to do something entirely different.”

The company is going after “urban-dwelling, globally curious” millennials who “live on their phone,” according to CNN Worldwide president Jeff Zucker. That description might sound an awful lot like the target audience for sites such as BuzzFeed and Vice, but Morse doesn’t like the comparison.

He continued, “BuzzFeed isn’t even the best example. GBS isn’t an app and it isn’t a website. It’s a network.”

“Great Big Story is a new network, not a news network,” Zucker said at Thursday’s Newfront event. “A new network with a new distribution model, a new audience and new opportunities.”

Zucker called Great Big Story a “global storytelling network dedicated to the awesome, the untold and the flat-out amazing” and said its success is one of Turner’s top priorities.

Great Big Story is partnering with The Weather Channel for an hour-long, eight-part weekly primetime TV program titled “That’s Amazing.” The network is also launching “The Great Big Show,” a long-form weekly TV program that will present the very best of Great Big Story’s global storytelling. The Turner-owned network that “The Great Big Show” airs on remains a mystery, but CNN and HLN are clearly the frontrunners given Zucker’s involvement.

Great Big story also announced two new series during the Newfront event. Willie Nelson will join Great Big Story for a collection of “life advice” shorts and Chris Funk of The Decemberists will take cameras on tour to spotlight incredible treasures from travels around the globe.

Starting in November, Great Big Story, in partnership with CNN Films, will roll out a six-part series of shorts called “Really Great Big Stories.” The content will be produced by a combination of award-winning and up-and-coming filmmakers.

Great Big Story will enter the world of virtual reality with “Take Me There,” a travel and adventure series that tells the untold stories of places all over the world. In addition, Philippe Cousteau will return for season two of “Aquatic World.”