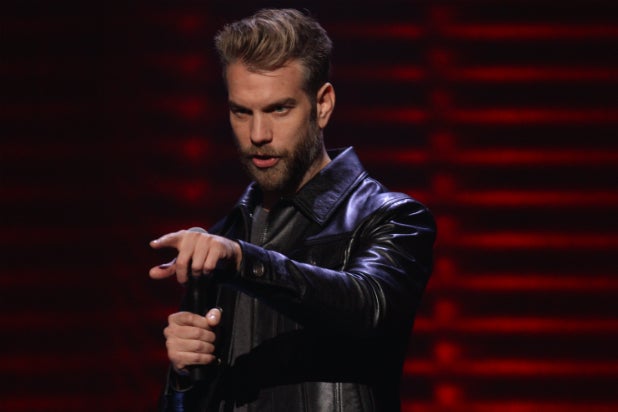 It may be easy to write-off Anthony Jeselnik’s stand-up material as sexist (or racist, or any other -ist, really), but the star of Netflix’s “Fire in the Maternity Ward” comedy special is actually more female-friendly than audiences might assume.

Jeselnik almost exclusively hires female comedians to open for him on tour. TheWrap asked the offensive joke-teller behind “The Jeselnik Offensive” why that is, exactly.

“I want the opposite of me before I go on stage,” the comic explained. “It’s a total show and I want [the audience] to kind of be set up.”

Also Read: All Jokes Aside, Anthony Jeselnik Wants to 'Be Fighting for the Avengers... Not for the Bad Guys'

OK, that’s all a lot more logical than maybe we were hoping for here. But there is also a progressive reason from the progressive guy who plays a regressive jerk on stage.

“Plus, I just thought it was like an opportunity,” the former host of “Last Comic Standing” added. “It’s tough as a female opener to get hired. A lot of women headliners don’t want to use female comics.”

There we go. More of that, please.

Unfortunately, that was plenty of patting himself on the back, it seemed. After all, Jeselnik, whose new special features jokes about rape, spousal abuse and a 15-minute closer about abortion, has a persona to protect.

“I’m not trying to be a ‘good guy,’ but it benefits both,” he concluded.

OK, so you decide.

“Fire in the Maternity Ward” is available now on Netflix. Jeselnik’s 2015 stand-up special, “Thoughts and Prayers,” is also on the streaming platform.