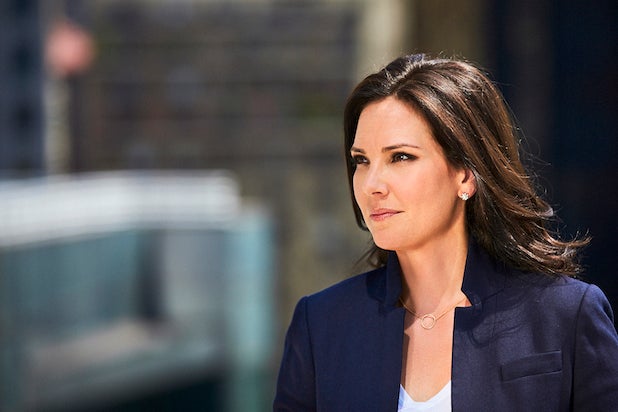 Erica Hill returned to the new-look HLN this week after leaving the network in 2012. She made stops at both NBC and CBS News, but she’s back and says, “It really does feel like coming home.”

“I was very proud to say that I worked at CNN and it wasn’t an easy decision to leave, I don’t regret it. I’m really glad that I took that break, went to a couple of places and was afforded all these opportunities,” Hill told TheWrap. “But I was excited to come back here.”

“On the Story with Erica Hill,” kicked off Monday and is part of the redesigned HLN. Nancy Grace and Dr. Drew are out, while Hill, Michaela Pereira and Ashleigh Banfield are in. These days, HLN is run by CNN President Jeff Zucker and HLN boss Ken Jautz. While Hill worked with Jautz, this is his first time working with Zucker.

“I’ve heard wonderful things about him, both from my colleagues here and when I was at NBC. In my first meeting with Jeff I got a really good feeling from him. He came across as someone I would love to work for,” Hill told TheWrap.

She said it’s “different now that Jeff is in charge” but the overall values of HLN remain the same. “Present the facts to people and also bring them compelling stories they can either relate to or emphasis with in some way,” she explained.

The new daytime lineup features a unique triangle of locations, with Hill in New York, Pereira in Los Angeles and Robin Meade in Atlanta. Banfield’s show starts on Monday and will also be from New York, while a replacement for Drew has not been named.

Hill, who is a mother of two young boys, worked on essentially every show at NBC News and decided last summer that working around-the-clock wasn’t the right thing for her at this stage in her life. Family comes first for Hill, but her familiarity with Jautz combined with an afternoon timeslot was enough to convince the veteran broadcaster that she had time for both work and family.

“Ken said to me, ‘It’s really important, Erica, that you make sure you have a life outside of work,'” Hill said. “On the stress level for my entire family, not just me personally, I think it’s been better for my marriage. My husband and I actually see each other! It’s been better for my kids. They need their mom and dad around.”

Hill explained that the world has changed a lot since her first stint at HLN, so it’s reassuring to start a new gig and feel at home.

CNN is HLN’s sister network, but within the Midtown Manhattan building it’s all essentially the same thing. CNN talent such as Jake Tapper and Brian Stelter have already crossed over to appear on her show.

“CNN is always going to have a really special place in my heart,” Hill said. “That hasn’t changed.”

Her new show aims to present daytime news with a “why it matters” approach, saying, “We’re all focused on going back to our news roots and we’re really excited about that.”

“On the Story with Erica Hill” airs on HLN every weekday at 1 p.m. ET.