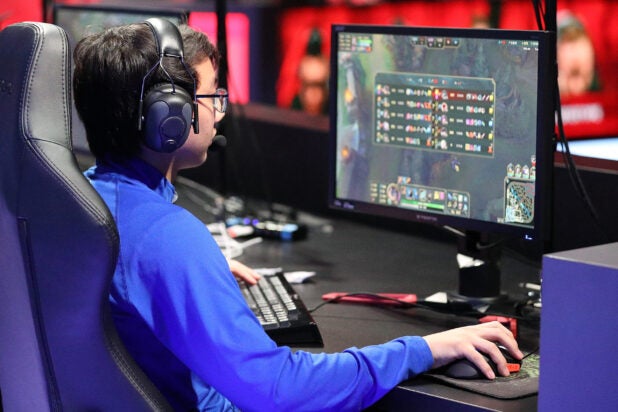 Why Esports Leagues Should Weather the Coronavirus Pandemic

”Esports, as a whole, are only a small part of the hours watched of livestreamed gaming content,“ Doron Nir, chief executive of StreamElements, tells TheWrap

While esports companies are taking a short-term hit as live events shift to online-only competitions, industry experts say the gaming world could be well positioned to weather the coronavirus pandemic.

Broadcast rights to esports matches and events this season have already been purchased and will air mostly as planned.

“The competition is just moving from in-person to online, and that allows for the integrity of the rights to be what was purchased, so long as viewership is both as broad and deep as was intended,” said Ari Segal, chief executive of Culver City-based esports team owner Immortals Gaming Club, which competes in the now-on-hold League of Legends Championship Series.

“League of Legends” developer Riot Games postponed many of its key upcoming esports events, including the 2020 League of Legends Championship Series spring finals that had been scheduled to take place in Dallas from April 18-19. Riot also changed the location of its LCS European championship from Budapest to Berlin because of the pandemic.

On Tuesday, Riot announced its European League of Legends Championship would continue as scheduled, but only online.

Riot Games’ Head of Esports Communications David Higdon said it’s too early to assess how much his company — or the industry — might lose as a result of the cancellations and postponements. But Higdon did say in-person events are crucial to Riot’s business. “We have community events and other activities that are a big part of the gaming and esports experience that will be impacted,” Higdon said.

Riot changed its first Los Angeles-based esports event of the year from a community event to an online-only showcase, he added.

Riot operates on a global scale with more than 20 offices, including locations in West Los Angeles, Barcelona, Dubai, Seoul and Shanghai. And Higdon said its 3,000 international employees are prepared to handle a high broadcast volume. With remote broadcast centers across the globe, Riot can still show matches on monetized platforms like YouTube and Twitch, its main rights holders.

Activision’s Call of Duty League’s rights are owned by YouTube, which means the league will be able to showcase matches to a wider audience and even tack on additional ads.

“If (viewership) is flat with expectation or exceeds it because more people are home, there’s an argument to be made that in the short-term, the value realized for the rights purchased is in excess of what was originally thought,” Segal added.

Doron Nir, chief executive of Tel Aviv-based StreamElements, which provides analytics to streamers, said that even if broadcast rights aren’t affected by the shift to virtual matches, live events still remain a key part of the esports experience.

“Broadcast rights are generally not impacted, but the online platforms who pay for the rights might lose out if the viewership drops as a result of losing some of the excitement value generated from those attending an event,” Nir said.

StreamElements, which has an office in Palo Alto, California, helps aspiring gaming broadcasters track their followings, manage and monetize their streaming platforms.

It’s a relatively easy thing for companies to account for more traffic on digital channels — but gaming firms that have shelled out money in advance for in-person events are likely to lose much of that expenditure, Nir added.

“Esports as a whole are only a small part of the hours watched of livestreamed gaming content,” Nir said, “so if the model were online only, the overall ecosystem is still going to continue to grow.”

Although the physical presence of game developers and esports will be suspended for the near future, the gaming industry is uniquely able to thrive in a virtual-first economy because it doesn’t require in-person participation. So long as publishers adapt to an increasingly virtual selling environment, Nir said, they will likely come survive the pandemic shutdowns.

“We expect to see the budgets reallocated to support online initiatives, whether it’s sponsored overlays, branded alerts and bots, or traditional ads …given the much larger audiences that online events attract, this should already be (publishers’) primary focus,” Nir said. “Esports as a whole are only a small part of the hours watched of livestreamed gaming content, so if the model were online only, the overall ecosystem is still going to continue to grow.”