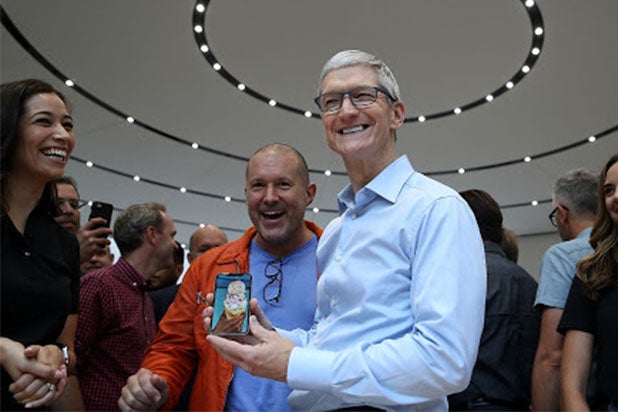 It’s not just Apple fanboys and investors who are hyped up after CEO Tim Cook revealed three new versions of the iPhone, including the $999 flagship iPhone X, on Tuesday.

“This is definitely a game changer,” Roy Shilkrot, assistant professor of computer science at Stony Brook University, told TheWrap. “So far, people [have] thought AR and [mobile phones] would only be enabled by something ultra-specialized that would cost more. But now, without specialized software, [Apple] can go farther.”

For the uninitiated, AR superimposes computer graphics over someone’s view like last year’s “Pokemon Go” gaming phenomenon. Apple demoed an AR video game on Tuesday, but the technology will go beyond gaming. It’ll allow users to see food on their plate before ordering, view a baseball player’s stats by pointing their camera at him or see how a new hair color will look.

Despite “Pokemon Go” and Snapchat’s dancing hotdog, most AR projects up to this point have required clunky, expensive hardware or lacked much functionality. This is about to change, according to Jasmine Roberts, an engineer and AR specialist at the Harvard Innovation Lab.

“What Apple understands better than any tech company is design,” Roberts told TheWrap. “Apple made the ARKit because they understand AR is developing side by side with mobile technology, and it’s the best move anybody could’ve done…anybody that owns an iOS device, it’s giving them the power to create experiences.”

At the same time, merely having Apple’s name attached to AR lends added weight to the industry.

“As a developer, I’m really happy they’re doing this,” Roberts said. “Because when you tell people you develop for AR or VR, most people are interested at first, but because they’ve never tried it, they kind of just write it off as a novelty.”

“This opens up the floor for really creative people and designers to start playing around, and this is exactly what I’m seeing,” said Shilkrot.

Chris Milk, CEO of Within VR, has already begun experimenting with ARKit. Earlier this summer, Milk gave TheWrap a sneak preview of a kids book his company had developed with the technology.

Users held their iPhone (or iPad) over a table and an animated Goldilocks appeared on their screen, complete with a massive house and forest surrounding it. To take a peak inside the house, users simply moved their iPhone closer to the table. The demo showed AR is tailor-made to be the 21st-century version of pop-up books.

“[ARKit is] a huge thing,” Milk told TheWrap. “Granted, it’s the beginning of AR through a phone or a tablet. But it’s introducing people to a completely new concept, and a new form of medium that does not have a storytelling structure.”