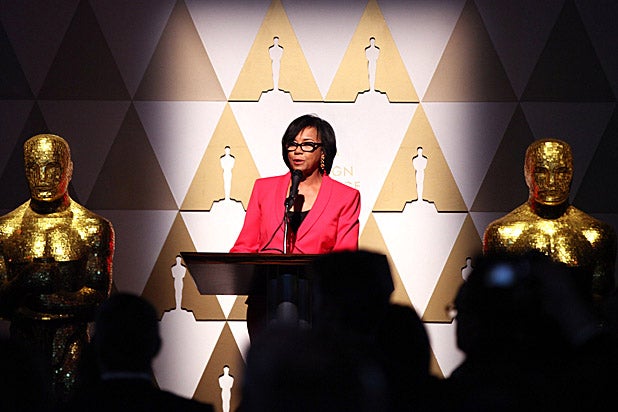 In the aftermath of the Oscars rule changes adopted by the Academy of Motion Picture Arts and Sciences on Thursday and announced on Friday, a few things are clear:

The Academy is about go to on an unprecedented spree of inviting new members, breaking records for the speed at which it will extend invitations.

Its Board of Governors will undergo a fundamental change, bringing on new members who will not be there to do what every other governor was elected to do: represent the branch that voted for them.

In order to show off its progress, the organization might get a bit less secretive.

And some longtime members are not going to be happy.

Here are the four main steps outlined in Friday’s proposal, and what they might mean for the Academy and its members:

Voting Rules
This is the most dramatic change, and it’s likely to be the most controversial. Until now, an invitation to join the Academy brought with it lifetime voting privileges. Once you got in, you got to vote for the Oscars — with all the status, responsibility, free screeners and party invitations that entailed — until you died or opted to go to non-voting status.

Now that has changed. Voting privileges will last for 10 years, after which time a member will need to show that he or she has been active in the industry in the past decade. If so, the right to vote will be extended for another 10 years. And after two such extensions, the voting privilege becomes a lifetime one. (Winning or being nominated for an Oscar confers lifetime privileges, too.)

This is the one new rule that was clearly designed not to make the overall Academy more diverse, but to make Oscar voters younger, more active and presumably more adventurous in their choices. By weeding out retired members, the board is clearly hoping to influence what films will be recognized — but the move risks a big backlash from members who were admitted to the Academy at a time when that admission carried with it lifetime voting privileges.

Privately, I’ve heard plenty of members grumble about the discrediting of retired voters and the assumption that younger, more active members make smarter choices — this will only increase those complaints.

But the big question is how many members will actually lose the right to vote, and that’s unknown. Anybody who was nominated for an Oscar is safe, and so is anybody who worked in the industry for portions of three decades.

New Board Members
The AMPAS Board of Governors was established to represent the Academy’s branches, three governors per branch. The members are elected by their branches for three-year terms, and one of their chief jobs on the board is to represent the interests of the branch that elected them.

Will this put those three board members in an awkward position as the only unelected governors and the only ones not representing one of the 17 branches? That’ll likely be up to the individuals who occupy the seats.

Membership Outreach
The Oscar press release promises “an ambitious, global campaign to identify and recruit qualified new members who represent greater diversity.” In other words, the Academy won’t just wait for minority members to apply to the Academy and find two members to sponsor them — they’ll go looking for likely candidates.

During the term of Hawk Koch, Cheryl Boone Isaacs’ predecessor as Academy president, Koch and AMPAS CEO Dawn Hudson went to the membership committees in each branch and urged them to increase the diversity of the candidates they were considering for membership. Back then, some of the committee members grumbled about the idea that they were being asked to lower their admission standards – but nobody will publicly grumble now, not after two years of #OscarsSoWhite protests.

But the last three years have already brought in three of the most diverse classes of new Academy members ever, and it won’t be easy to accelerate that process by finding, inviting and admitting enough women and minority members to reach the stated goal of doubling the number of women and diverse members of AMPAS by 2020.

The Academy currently has 6,261 voting members, of which about 1,500 are women and less than 1,000 are non-white. With five years in which to achieve the goal of doubling female and non-white membership, the effort will require admitting 400 new female and minority members every year for the rest of the decade, which would make those the largest classes of new members ever.

Committees and Boards
The Academy also promises to increase minority representation on the individual branches’ committees and boards “where key decisions about membership and governance are made.” The interesting wrinkle in this initiative is that the members of AMPAS committees are typically not identified publicly.

When TheWrap wrote about the secrecy that surrounds these committees in 2013, the Academy refused to comment – though in a membership meeting, then-AMPAS COO Ric Robertson said that anonymity was necessary to prevent the members from being lobbied.

Also Read: Is It Time to Expose the Academy's Secret Committees?

But if the Academy is trying to show its commitment to diversity by adding minority members to the committees, won’t they also want to publicize exactly how they’re doing that?

In this case, the push for diversity may also turn into a gain for transparency.

Those are just the first diversity initiatives to be announced by the Academy. It’s safe to say that the governors will discuss the issue some more when they meet on Tuesday night, and that Isaacs and her team have more plans in store for the next few months and years.

The issue of going back to 10 Best Picture nominees from the current variable-number system will certainly be on the table, as will a number of other possibilities.