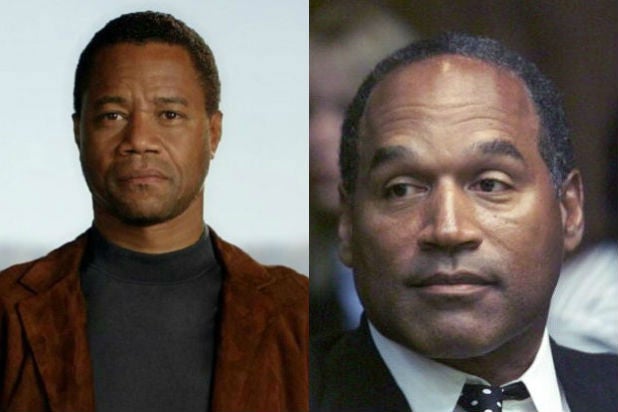 That person is O.J. Simpson.

A spokesperson for the Lovelock Correction Insitution, where Simpson is serving a sentence for armed robbery and kidnapping, told TheWrap that the prison does have cable, but does not get FX.

See photos: 'The People v. O.J. Simpson': Where Are They Now?

That means the Juice will not be able to critique the accuracy of the performance of Cuba Gooding Jr., who will play the former NFL star during the so-called “trial of the century.” Simpson was found not guilty of murdering his ex-wife Nicole Brown-Simpson and her friend Ron Goldman, but was later imprisoned on completely separate charges of stealing sports memorabilia he said was wrongly taken from him.

The 10-episode anthology series is based on the “The Run of His Life: The People v. O. J. Simpson” by journalist Jeffrey Toobin.

The show has earned almost universal praise ahead of its premiere, currently holding a 96 percent approval rating on review site Rotten Tomatoes. “The FX limited-run series is every bit as watchable as the insanely watchable trial,” Tim Molloy wrote in his review for TheWrap.