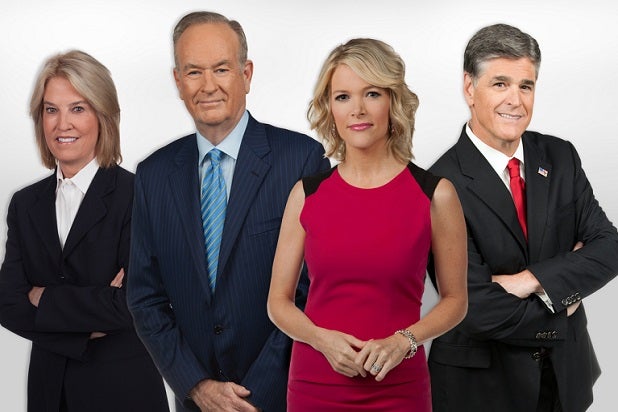 A new poll claims that Fox News is losing favorability with Republicans.

YouGov’s BrandIndex says the network’s perception by Republican adults had dropped 50 percent to its lowest point in three years. The data is from mid-January, right before Donald Trump skipped a Fox GOP debate, until mid-February.

However, Fox News has finished No. 1 among all cable networks in the ratings department for five consecutive weeks. Republicans might have changed their perception, but they’re not changing the channel.

Fox News viewership is on the rise, averaging over 3 million viewers and 500,000 in the key demo of adults age 25-54 on regular weeknights. Fox News was also recently named the TV news/commentary source they trust the most, by a Suffolk University/USA Today poll.

A 2014 Pew research poll showed that “less than half of those who turn to Fox News for political news in the course of a week are conservatives.”

Fox News has a large number of Independent viewers, according to an October 2015 Suffolk/USA Today poll. Fox News was chosen as the most-trusted source of news by 18 percent of Independents, topping all rivals (CNN finished second with 13 percent).

Perhaps the network is attracting even more Independent viewers since the Fox News boss Roger Ailes stood up to the GOP frontrunner. Perhaps some Democrats are even tuning in. We know more people have watched Fox News than any other cable channel during the same time frame that reportedly saw a decline in GOP perception – so someone’s watching.