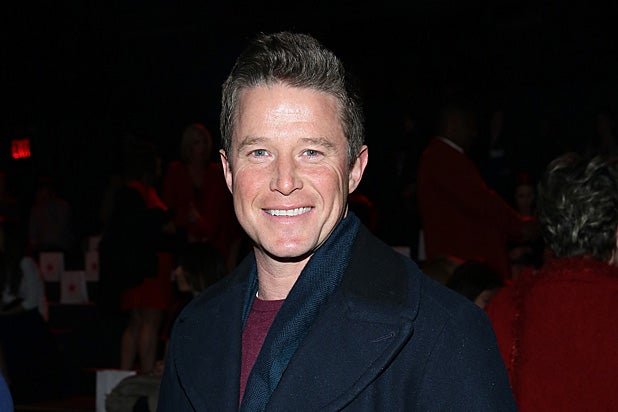 Stelter elaborated while appearing on the debut episode of Erica Hill’s new HLN show “On the Story,” saying, “It seems unlikely he’ll be returning to the show, which is really a stunning reversal. A few months ago he was brought in as a brand new star on the ‘Today’ show, co-host of the third hour. Some people even said he was being groomed to replace Matt Lauer some day.”

Stelter continued: “Now, he’s been suspended. We don’t know for how long. I’m told at least for weeks and the best sources I have there say he probably won’t ever come back.”

Is Billy Bush being held to a higher standard? @BrianStelter has latest on suspension, uncertain future @ NBC: https://t.co/cx3KOMBDxb

“This will go on for a while,” Stelter said before comparing it to the Brian Williams suspension that lasted several months before he was finally pulled from “Nightly News.”

Stelter said Bush is “now linked with Donald Trump in a way that is very troubling.”

NBC did not immediately respond to TheWrap’s request for additional comment.

Bush is heard throughout the tape agreeing with Trump and even egging him on. Bush came forward to immediately apologize on Friday after the tape was leaked, saying he was “embarrassed and ashamed” of his behavior.

However, “Today” executive producer Noah Oppenheim sent a memo to his staff on Sunday that Bush would be suspended, “pending further review of this matter.”

While at first it seemed that Bush was going to appear on the show on Monday to apologize, by Sunday evening NBC had decided that he would not go on the show, and then issued the suspension.